about the highways of freedom where evil is like a Ferrari 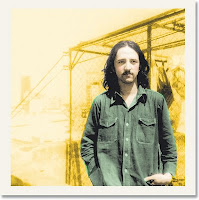 2666 by Robert Bolano is an enormous, exhausting, depressing effort – but a wild ride at same time, his writing has this lyrical edge to it that never stops, and the form of the story (five short novels originally meant to be published separately) means the narrative target seems to keep changing: who do I care about here? Whom am I following? Under such a regime, it takes a beating, the idea of fate or redemption or just desserts. The endlessness of the infamous fourth section about all the murders and rapes, takes on its own unique beauty: part crime report, part Dosteovsky. Not for the unfortitudinous. If you’re not pre-disposed toward experimentation and indeterminancy (and pre-anesthetized toward numbing, repetitive, violence), I don’t think you’ll find much to admire.

That said, it IS one of those revolutionary books that forces you to slow down and read each word and each sentence as if they are the first words and sentences you have ever read. I don't know how else to describe the sensation. And it's certainly not altogether pleasant: there are boring stretches, there are flat stretches, there are obscure stretches, and over 900 pages, a stretch can sure stretch. But (and I use a favorite word here) those with great fortitude in their reading habit (fortitude at times verging on masochism) will gain by the effort it takes to read this book. And by gain I mean it ain't ever even going to show up on your permanent record how this book affects you, and what the narrative teaches you, but it is something large that will lodge within you. For me, the real misstep is the longest section, the fourth section, "The Part About the Crimes," which is nearly 300 pages long and feels more like 3000 pages, since it is a listing, a la a detailed, colorful, narratively-tuned crime report, of dozen and dozens of raped and murdered girls, building a little short story out of each one, with a rotating main cast of detectives, policeman and grieving (and not grieving) family members. It's withering to read, and takes on its own rosy sadistic glow, but was my least favorite. Not badly written, not at all, not in the slightest, just too long.

The near-deranged monologue by Amaltifano early on, about Mexican intellectuals losing their shadows when they go to work for the Mexican government, is a powerful example -- of something. I can only quote as much as I have transcribed so far, it's about six times longer in all:

“I don’t really know how to explain it,” said Amalfitano. “It’s an old story, the relationship of Mexican intellectuals with power. I’m not saying they’re all the same. There are some notable exceptions. Nor am I saying that those who surrender do so in bad faith. Or even that they surrender completely. You could say it’s just a job. But they’re working for the state. In Europe, intellectuals work for publishing houses or for the papers or their wives support them or their parents are well-off and give them a monthly allowance or they’re laborers or criminals and they make an honest living from their jobs. In Mexico, and this might be true across Latin America, except in Argentina, intellectuals work for the state. It was like that under PRI and it’ll be the same under the PAN. The intellectual himself may be a passionate defender of the state or a critic of the state. The state doesn’t care. The state feeds him and watches him in silence. And it puts this giant cohort of essentially useless writers to use. How? It exorcises demons, it alters the national climate or least tries to sway it. It adds layers of lime to a pit that may or may not exist, no one knows for sure. Not that it’s always this way, of course. An intellectual can work at the university, or, better, go to work for an American university, where the literature departments are just as bad as in Mexico, but that doesn’t mean they won’t get a late-night call from someone speaking in the name of the state, someone who offers them a better job, better pay, something the intellectual thinks he deserves, and intellectuals always think they deserve better. This mechanism somehow crops the ears off Mexican writers. It drives them insane. Some, for example, will set out to translate Japanese poetry without knowing Japanese and others just spend their time drinking. Take Almendro – as far as I know, he does both. Literature in Mexico is like a nursery school, a kindergarten, a playground, a kiddie club, if you follo me The weather is good, it's sunny, you can go out and sit in the park and open a book by Valery, possibly the writer most read by Medican writers, and then you go over to a friend's house and talk. And yet your shadow isn't following you anymore. At some point your shadow has quietly slipped away. You pretend you don't notice but you have, you’re missing your fucking shadow, though there are plenty of ways to explain it, the angle of the sun beating down on hatless heads, the quantity of alcohol ingested, the movement of something like subterranean tanks of pain, the fear of more contingent things… Sometimes intellectuals take up permanent residence on the television procscenium. The roars keep coming from the opening of the mine and the intellectuals keep misinterpreting themselves. In fact, they, in theory the masters of language, can’t even enrich it themselves. Their best words are borrowings that they hear spoken by the spectators in the front row."
Posted by Sean Enright at 11:08 AM