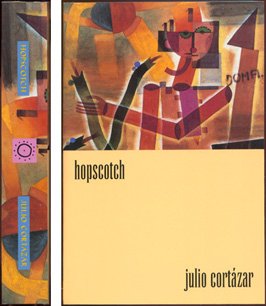 ...and the irritation of thinking about all this and knowing that since it was always easier to think than to be, that in my case the ergo of the expression was no ergo or anything at all like it...

La Maga did not know that my kisses were like eyes which began up beyond her, and that I went along outside as I saw a different concept of the world, the dizzy pilot of a black prow which cut the water of time and negated it.

Wong summing up Morelli's passage: "The novel that interests us is not one that places character in a situation, but rather one that puts the situation in the characters."

voyant vs voyeur - a seer vs. a spectator of others' pleasure

instead of obstinately connecting with a non-existent tunnel, as is the case with so many poets leaning halfway out the living-room window late at night

In some corner, a vestige of the forgotten kingdom. In some violent death, the punishment for having remembered the kingdom. In some laugh, in some tear, the survival of the kingdom. Beneath it all, one does not feel that man will end up killing man. He will escape from it, he will grasp the rudder of the electronic machine, the astral rocket, he will trip up and then they can set a dog on him. Everything can be killed except nostalgia for the kingdom, we carry it in the color of our eyes, in every love affair, in everything that deeply torments and unties and tricks. Wishful thinking, perhaps; but that is just another possible definition of the featherless biped.