Playboy, Shadow of the Glen

Saw the extraordinary Druid Theatre Company's production of The Playboy of the Western World and The Shadow of the Glen at the Kennedy Center Terrace Theatre Thursday night. 150 minutes plus of spell-binding language. Synge would be the Irish Shakespeare, if there were such a thing, but he's too Irish: not one word when a hundred will do, a black comedy that has your face splitting with a grin until the last fifteen minutes when it gets mighty grim might fast.

CHRISTY -- [turning to the door, nearly speechless with rage, half to himself.] -- To be letting on he was dead, and coming back to his life, and following after me like an old weazel tracing a rat, and coming in here laying desolation between my own self and the fine women of Ireland, and he a kind of carcase that you'd fling upon the sea...

CHRISTY -- [breaking out.] -- His one son, is it? May I meet him with one tooth and it aching, and one eye to be seeing seven and seventy divils in the twists of the road, and one old timber leg on him to limp into the scalding grave. (Looking out.) There he is now crossing the strands, and that the Lord God would send a high wave to wash him from the world.

WIDOW QUIN -- [scandalised.] Have you no shame? (putting her hand on his shoulder and turning him round.) What ails you? Near crying, is it?

CHRISTY -- [in despair and grief.] -- Amn't I after seeing the love-light of the star of knowledge shining from her brow, and hearing words would put you thinking on the holy Brigid speaking to the infant saints, and now she'll be turning again, and speaking hard words to me, like an old woman with a spavindy ass she'd have, urging on a hill.

WIDOW QUIN. There's poetry talk for a girl you'd see itching and scratching, and she with a stale stink of poteen on her from selling in the shop.

Then I went to Giant at 11:15 PM to buy coffee, not a soul in the store except one guy in the Coffee aisle, an old friend I hadn't seen in two years, about to finish his undergraduate degree at the age of 42. 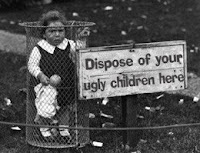 Standing on the Verge of Getting It On

NOT that I love thy children, whose dull eyes
See nothing save their own unlovely woe,
Whose minds know nothing, nothing care to know,--
But that the roar of thy Democracies,
Thy reigns of Terror, thy great Anarchies,
Mirror my wildest passions like the sea,--
And give my rage a brother----! Liberty!
For this sake only do thy dissonant cries
Delight my discreet soul, else might all kings
By bloody knout or treacherous cannonades
Rob nations of their rights inviolate
And I remain unmoved--and yet, and yet,
These Christs that die upon the barricades,
God knows it I am with them, in some things.
at October 02, 2008 No comments:

The Roaming of Bacchus 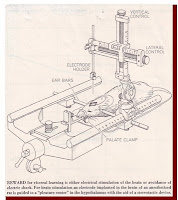 This great phrase, the title of a drinking game, is from "Wingstroke," a story Vladimir Nabokov wrote in 1923, about a widower on a ski vacation, tormented by a beautiful woman staying in the room next to his, vistited by an angel-like apparaiion. The widower is drinking with another man at the hotel bar, who suggests they try each cocktail as listed in the drink menu, working through their way through the entire selection, circling their favorites, then going through the list again drinking only the circled items. "Some people approach their daily life the same way," the second man comments.

The picture, of course, has nothing to do with this. I just like the expression on the mouse's face. Rather, I don't like it, but there is something character-driven about its world-weary eyes: like a Malamudian sufferer.

More Nabokov. From the very sexy "A Dashing Fellow":

She's making up everything. Very attractive, though. Breasts like a pair of piggies, slim hips. Likes to tipple, apparently. Let's order from the diner."

I think laughter is some chance little ape of truth astray in our world.
at October 01, 2008 No comments: