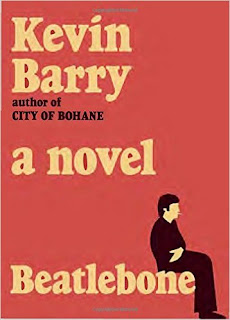 Disappointing.  I was expected the sort of completely organic fiction of City of Bohane, with its marvelous imagination of an Ireland in the dystopian future.

Instead, Beatlebone is a treacly "what if?" narrative, as in, what if Barry could get inside John Lennon's head during his broken-down years of 1975-1978?  So we get JL's vaunted scream therapy, we get JL's memories of his beloved mother and his hated father, we get JL's public voice, punny, funny and angry, all set down in a lyrical Irish landscape of the West Coast and western islands.  We got a bizarre late chapter in which Barry writes in first person of his teasing attempts to lace his notes with the real, and a journal of his own visit to JL's supposed Irish island.  We got a late short chapter of JL speaking/singing/rhapsodizing into a microphone of his own stream of consciousness for his great lost ficitional album Beatlebone that he dreamed up on the island.

But the whole thing, frankly, was an effort to read.  Disappointed!

The Visiting Privilege by Joy Williams 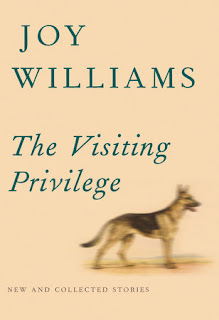 A Wild Swan and Other Tales by Michael Cunningham 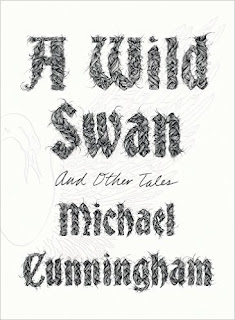 The Affinities by Robert Charles Wilson 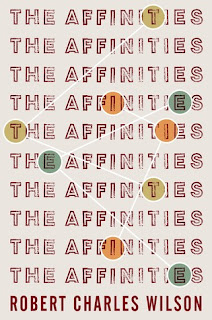 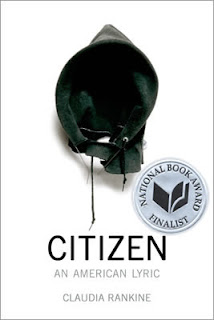 Frustrating and a front-loaded effort for me, as I did not love her first prose poems book, and feel reverse-victimized as the toady privileged white male she might be demonizing (at her worst).

But I have to say that after laboring through the book,  I found it scintillating and unique.  She takes on sociology and history and psychology as her own tropes and twists them masterfully in short order.  I was moved and radicalized in a strange way.  Quite beautiful and quite unique.

Although I do wish she stop writing prose.  But what do I know?

Language that feels hurtful is intended to exploit all the ways that you are present.  Your alertness, your openness, and your desire to engage actually demand your presence, your looking up, your talking back, and, as insane as it is, saying please. (p. 49)

Then the voice in your head silently tells you to take your foot off your throat because just getting along shouldn't be an ambition. (p. 55) 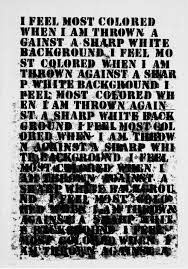 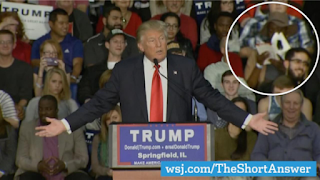 Breakfast of Champions by Kurt Vonnegut (read by John Malkovich) 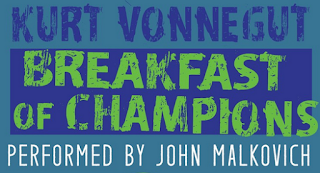 Only have way through listening to this performance of Breakfast of Champions by John Malkovich.  As a young person, I thoroughly enjoyed the novel.  Later in life, I fell in love with the acting power and prowess of John Malkovich.  Perfect match, so far.  Malkovich's chewy, grumbling voice is allowing me to hear the book with new ears, after trying to re-read it several years ago and finding it bland and vacuous. 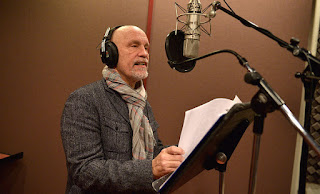 video snippet of Malkovich reading
at December 15, 2015 No comments:

The Whites by Richard Price 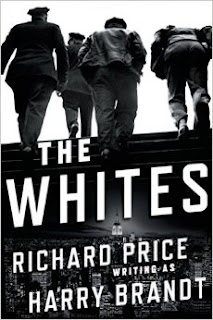 The Incarnations by Susan Barker 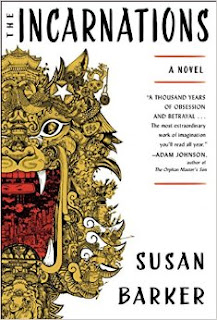 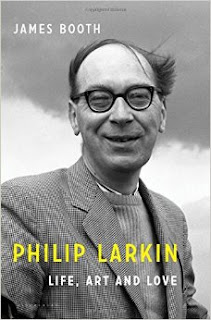 To write [the necessary qualities are]: massive self-approval, a thick skin and the conviction of the importance of 'some urgent conception of the universe and the state o fman', which, though inevitably 'arrant toash', is necessary to give the writer the stubborn impetus to continue. (summary and quotes from 'Round the Point,' unpublished Larkin dialectical playlet)


I enjoyed this book but that is probably because I love all things Larkin.  Booth's analysis of the poems are long-winded and sometimes unnecessary, and he is much too fond of the adjective "less-deceived," also the title of one of Larkin's pivotal books.

I liked learning that the original draft ending to "High Windows" instead of reading "and is endless" read "and fucking piss."

Larkin and Monica Jones defaced a first-edition copy of Iris Murdoch's 1956 novel, The Flight from the Enchanter, and Booth criticize's their many hours of "sterile boredom" that must have led them to do this, 1300 alterations in all.  Well, I think it's funny.

Always too eager for the future, we
Pick up bad habits of expectancy.
Something is always approaching; every day
Till then we say,

Watching from a bluff the tiny, clear
Sparkling armada of promises draw near.
How slow they are! And how much time they waste,
Refusing to make haste!

Yet still they leave us holding wretched stalks
Of disappointment, for, though nothing balks
Each big approach, leaning with brasswork prinked,
Each rope distinct,

Flagged, and the figurehead wit golden tits
Arching our way, it never anchors; it's
No sooner present than it turns to past.
Right to the last

We think each one will heave to and unload
All good into our lives, all we are owed
For waiting so devoutly and so long.
But we are wrong:

Only one ship is seeking us, a black-
Sailed unfamiliar, towing at her back
A huge and birdless silence. In her wake

No waters breed or break.