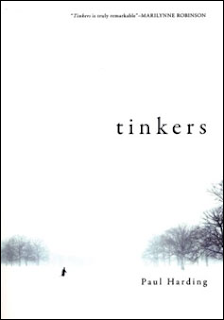 Mixed up narrative, the son dying present tense, crosscut with the father's tinker trip though the woods a half-century earlier. Long, blowing, circularly-breathed sentences, a la William Faulkner, via Cormac McCarthy.
at January 18, 2011 No comments: 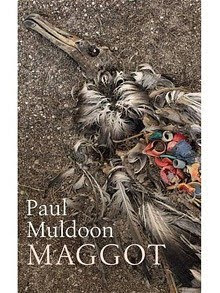 from the "Let's Hope He's Talking About Himself" Department...

One of the terrible facts about writing poetry is that actually one almost certainly disimproves as one continues…Most people who write poetry get worse. There are various other callings, one thinks, for example, of math. Most people involved with math, from what I understand, peak if they peak at all, earlier in their careers. And poetry, for whatever reason, it’s hard to write decent poetry in the first place and it’s very hard to continue to write it.

Here's an old one by Muldoon, which I must admit I like much better than anything in MAGGOT. It's long, but if that's its worst flaw I can forgive him.


The Old Country by Paul Muldoon

I
Where every town was a tidy town
and every garden a hanging garden.
A half could be had for half a crown.
Every major artery would harden

since every meal was a square meal.
Every clothesline showed a line of undies
yet no house was in dishabille.
Every Sunday took a month of Sundays

till everyone got it off by heart
every start was a bad start
since all conclusions were foregone.

Every wood had its twist of woodbine.
Every cliff its herd of fatalistic swine.
Every runnel was a Rubicon.

II
Every runnel was a Rubicon
and every annual a hardy annual
applying itself like linen to a lawn.
Every glove compartment held a manual

and a map of the roads, major and minor.
Every major road had major road works.
Every wishy-washy water diviner
had stood like a bulwark

against something worth standing against.
The smell of incense left us incensed
at the firing of the fort.

Every heron was a presager
of some disaster after which, we’d wager,
every resort was a last resort.
III

Every resort was a last resort
with a harbor that harbored an old grudge.
Every sale was a selling short.
There were those who simply wouldn’t budge

from the Dandy to the Rover.
That shouting was the shouting
but for which it was all over –
the weekend, I mean, we set off on an outing

with the weekday train timetable.
Every tower was a tower of Babel
that graced each corner of a bawn

where every lookout was a poor lookout.
Every rill had its unflashy trout.
Every runnel was a Rubicon.

Every runnel was a Rubicon
where every ditch was a last ditch.
Every man was “a grand wee mon”
whose every pitch was another sales pitch

now every boat was a burned boat.
Every cap was a cap in hand.
Every coat a trailed coat.
Every band was a gallant band

across the broken bridge
and broken ridge after broken ridge
where you couldn’t beat a stick with a big stick.
.
Every straight road was a straight up speed trap.
Every decision was a snap.
Every cut was a cut to the quick.
V

Every cut was a cut to the quick
when the weasel’s twist met the weasel’s tooth
and Christ was somewhat impolitic
in branding as “weasels fighting in a hole”, forsooth,

was nowhere to be found in that same quarter.
No mere mortar could withstand a ten-inch mortar.
Every hope was a forlorn hope.

So it was that the defenders
were taken in by their own blood-splendour.
Every slope was a slippery slope.

now every boat was, again, a burned boat.
Every dime-a-dozen rat a dime-a-dozen drowned rat
except for the whitrack, or stoat,
which the very Norsemen had down pat

as a weasel-word
though we know their speech was rather slurred.
Every time was time in the nick

just as every nick was a nick in time.
Every unsheathed sword was somehow sheathed in rime.
Every cut was a cut to the quick.
VII

Every cut was a cut to the quick
what with every feather a feather to ruffle.
Every whitrack was a whitterick.
Everyone was in a right kerfuffle

when from his hob some hobbledehoy
would venture the whitterick was a curlew.
Every wall was a wall of Troy
and every hunt a hunt in the purlieu

of a demesne so out of bounds
every hound might have been a hell-hound.
At every lane-end stood a milk-churn

whose every dent was a sign of indenture
to some pig-wormer or cattle-drencher.
Every point was a point of no return.

Every point was a point of no return
for those who had signed the Covenant in blood.
Every fern was a maidenhair fern
that gave every eye an eyeful of mud

ere it was plucked out and cast into the flame.
Every rowan was a mountain-ash.
Every swath-swathed mower made of his graft a game
and the hay-sash

went to the kemper best fit to kemp.
Every secretary was a temp
who could shift shape

like the river goddesses Banna and Boann.
Every two-a-penny maze was, at its heart, Minoan.
Every escape was a narrow escape.
IX

Every escape was a narrow escape
where every stroke was a broad stroke
of an ax on a pig-nape.
Every pig was a pig in a poke

though it scooted once through the Diamond
so unfalt… so unfalteringly.
The threshold of pain was outlimened
by the bar raised at high tea

now every scone was a drop scone.
Every ass had an ass’s jawbone
that might itself drop from grin to girn.

Every malt was a single malt.
Every pillar was a pillar of salt.
Every point was a point of no return.

Every point was a point of no return
where to make a mark was to overstep the mark.
Every brae had its own braw burn.
Every meadow had its meadowlark

that stood in for the laverock.
Those Norse had tried fjord after fjord
to find a tight wee place to dock.
When he made a scourge of small whin-cords,

Christ drove out the money-lenders
and all the other bitter-enders
when the thing to have done was take up the slack.

Whin was to furze as furze was to gorse.
Every hobbledehoy had his hobbledyhobbyhorse.
Every track was an inside track.
XI


Every track was an inside track
where every horse had the horse-sense
to know it was only a glorified hack.
Every graineen of gratitude was immense

and every platitude a familiar platitude.
Every kemple of hay was a kemple tossed in the air
by a haymaker in a hay-feud.
Every chair at the barn-dance a musical chair

any more than Samson would carry the temple.
Every spinal column was a collapsing stemple.
Every flash was a flash in the pan.

or recorded by the Observer.
Every widdie stemmed from a willow-bole.
Every fervor was a religious fervor
by which we’d fly the godforsaken hole

into which we’d been flung by it.
Every pit was a bottomless pit
out of which every pig needed a piggyback.

Every cow had subsided in its subsidy.
Biddy winked at Paddy and Paddy winked at Biddy.
Every track was an inside track.


Every track was an inside track
and every job an inside job.
Every whitterick had been a whitrack
until, from his hobbledehob,

that hobbledehobbledehoy
had insisted the whitterick was a curlew.
But every boy was still “one of the boys”
and every girl “ye girl ye”

from the days when every list was a laundry list
in that old country where, we reminisced,
every town was a tidy town.
at January 16, 2011 1 comment:

"Good-looking is the new well-read." 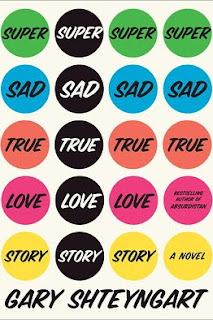 To The end of the Land by David Grossman 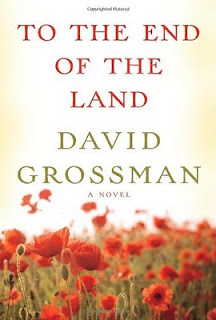 Working up a review (download the .pdf!) of this novel for Tikkun, but need to mark it in time here. So far so good, two-thirds through it, a bit of a slog and not as earth-shattering as his 1989 work, See Under: Love, but Grossman builds and builds and builds in his novels, so I'm very interested in what happens at the end. Something better happen, that's for sure. Just sayin'. 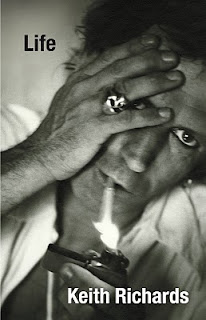 Don't know if he actually wrote a word of it, but the stories ring true, and the voice is the half-annoying, ribald, arrogant Keith Richards voice. A lot of the background social history for the fifties and sixties doesn't sound like him, and there's a lot of "it was my idea first, then Mick's" language around individual song compositions.

Here's a typical infuriating passage about his friendship with American saxophonist Bobby Keys:

'You have to ask Bobby Keys how big Texas is. It took me thirty years to convince him that Texas was actually just a huge landgrab by Sam Houston and Stephen Austin. "No fucking way. How dare you!" He's red in the face. So I laid a few books on him about what actually happened between Texas and Mexico, and six months later he says, "Your case seems to have some substance." I know the feeling, Bob. I used to believe that Scotland Yard was lily-white.'

Just not really believable, any of it. And the voice is ridiculous. Or this passage, allegedly from a notebook of song ideas and sketches that Richards kept during the mid-1960s:

JUKE JOINT... ALABAMA? GEORGIA?
Finally I'm in my element! An incredible band is wailing on a stage decorated with phosphorescent paint, the dance floor is moving as one, so does the sweat and the ribs cooking out back. The only thing that makes me stand out is that I'm white! Wonderfully, no one notices this aberration. I am accepted, I'm made to feel so warm. I am in heaven!

Still, a delish thing to read, impossible to put down.
at January 01, 2011 No comments: 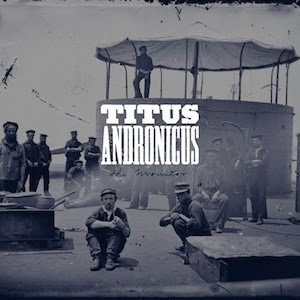