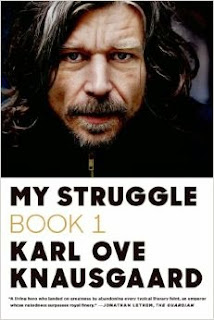 We understand everything, and we do so because we have turned everything into ourselves.

What did I like about volume 1 of My Struggle by Karl Ove Knausgaard, the IT book of the year or past year or so?

I didn’t like some of the characters, they were indistinguishable from other characters, and had impenetrable Swedish names.

The setting was hard for me to follow:  in the first half, it seem to rely heavily on the difference between Sweden and Norway, which my naïve American idiocy unconsciously had always assumed were just different names for the same (sort of) country.

Dunno, but I read the whole damn thing and found it half compelling, half boring.

There is so much almost unmediated physical description: half the time I found it boring, half the time I thought it was overwhelming strong, making things, stuff, landscape and sky, into almost living characters themselves.

It seems to be a coming of age story, then the story of the aftermath of a difficult father’s death.

from James Woods New Yorker profile: "But there is also a simplicity, an openness, and an innocence in his relation to life, and thus in his relation to the reader. Where many contemporary writers would reflexively turn to irony, Knausgaard is intense and utterly honest, unafraid to voice universal anxieties, unafraid to appear naïve or awkward. Although his sentences are long and loose, they are not cutely or aimlessly digressive: truth is repeatedly being struck at, not chatted up."

The Martian by Andy Weir 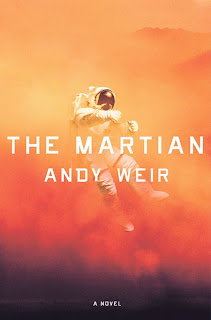 Great book, listened to it on cd in the car, made 375 miles almost a joy, even brought it inside the house on Thursday to finish it from the office.  Come for plot, suffer through some scientific details, and stay for the great first person narrator's voice.
at May 27, 2015 No comments: 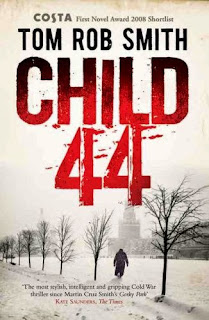 Terrific book about the search for a serial child killer in Stalinist Russia. How to catch a criminal the state will not even admit exists?
at May 15, 2015 No comments: