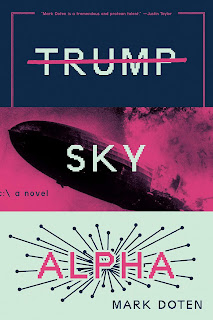 from the NY Times review, a quote from Jonathan Swift: "Satire is a sort of glass wherein beholders do generally discover everybody’s face but their own.”

The opening section -- and its paired section very close to the end-- are in Trump's voice, first-person, and the first section led me to believe this was going to be an entirely different book. The lengthy middle of the book is a less interesting story of "researching the end of the internet" after civilization has largely been destroyed by nuclear weapons, after the internet has mysteriously gone down for four days, wrecking the global market and triggering the ensuing maelstrom. Well, Trump actually presses the button.

...Trump is a symptom of the internet, of American sickness on the internet, he's an internet creation, this avatar of white regressive blowhard resentment...

They say that every film is a documentary of the actors in it, and the actors all bad, in every movie, they have always been bad...

The Other End of the Line by Andrea Camilleri 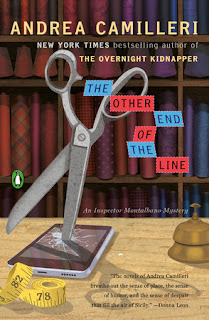 My introduction to this Sicilian novelist, who died this past July. He apparently dictated this book out loud, as he had gone blind. Camilleri has a nice, colorful touch with the detective genre -- his descriptions of cafe food and meals left in the oven by the detective Montalbano's housekeeper bring slices of the Sicilian culture vividly to life. And his plot -- the murder of an attractive and engaging local tailoress with a pair of fabric shears -- keeps deepening as one goes along, without becoming too fanciful or complex.
at December 27, 2019 No comments:

The Better Sister by Alafair Burke 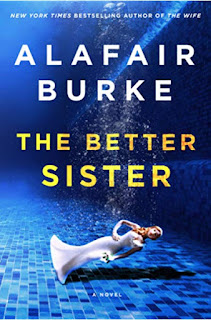 The Plotters by Un-Su Kim 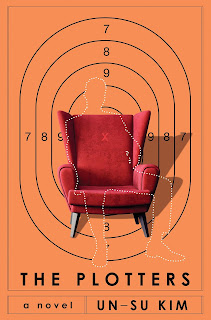 The Topeka School by Ben Lerner 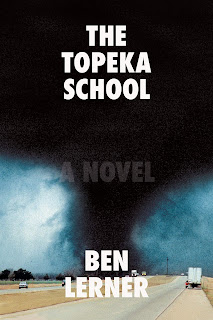 Starts out promisingly enough, if you're a fan of Lerner's brainy prose. But either I missed something, or he pulled some punches with the plot (that I also missed) since the second half and ending felt flat to me.
at December 09, 2019 No comments: 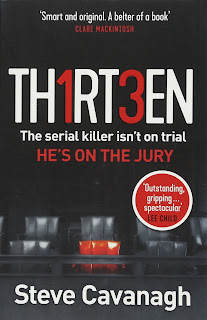 Unputdownable if totally a genre piece. You don't need more to know than the blurb: The serial killer isn't on trial. He's on the jury."
at December 02, 2019 No comments:

The Ninth Hour by Alice McDermott 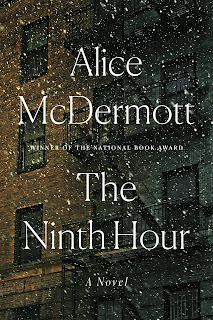 If she seems sometimes to write the same novel again and again, it's never without something new and different -- and this one I find as affecting as any or her previous work.

It reminders me of Angela's Ashes more than anything else.

The close reading and description of the nuns is fantastic -- and their voices remind me of Richard Russo's great short story, "The Whore's Daughter."
at December 02, 2019 No comments: