The Naked and the Dead by Norman Mailer 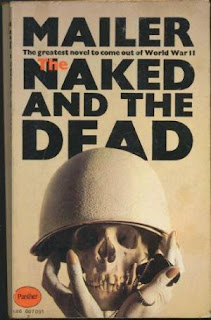 Mailer's splashdown as a novelist, a WWII novel he wrote when he was 24.   Awesomely precocious, covering about three dozen points of view and beautifully set down.  Gore Vidal prissily panned it, in his usual sharp words:  "...informed by a naïveté which was at its worst when Mailer went into his Time-Machine and wrote those passages which resemble nothing so much as smudged carbons of a Dos Passos work."

It is much, more better than that, although it is remniscient of Dos Passos.  For a 25 year old to have written it in 18 months, it's astonishing.

His gelid eyes were very blue... he was efficient and strong and usually empty and his main cast of mind was a superior contempt toward nearly all other mean.  He hated weakness and he loved practically nothing.  There was a crude unformed vision in his soul but he was rarely conscious of it.

Yeah.  And an anger would work in him.  They had torn at each other once, had felt sick when they close together and other people were with them.  Now, in sleep their bodies intruded; there was always a heavy limb in the way.  And the nights together working on them, this new change, this living together between them like a heavy dull weight, washing dishes and mouthing familiar kisses.

By Night in Chile by Roberto Bolano 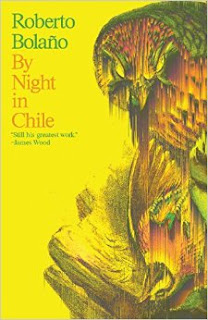 Down Thunder Road: The Making of Bruce Springsteen by Marc Eliot with the participation of Mike Appel 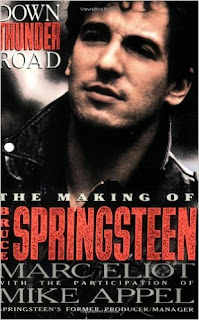 "with the participation of Mike Appel" indeed.  Allegedly setting straight the issue of the monumental lawsuit between Bruce Springsteen and his manager-cum-producer Mike Appel, which prohibited Springsteen from recording for two years in 1976-1978,  Interesting, as are all things Springsteen to me, but the thought of Mike Appel claiming some part of Springsteen's mind-boggling career, even if it's just a fraction, is ridiculous.  Keep your money, Mike, and shut your hole.
at December 27, 2016 No comments: 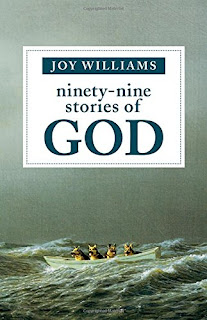 Meh.  What's the big deal?  The stories are short and inconsequential.  It's like she wishes she was South American or something-- pitched parables that lack magic. So what if she has death in her heart?  Joy Williams needs to cook with a little more gas than this.

Goethe: The Poet and the Age, Vol1, The Poetry of Desire by Nicholas Boyle 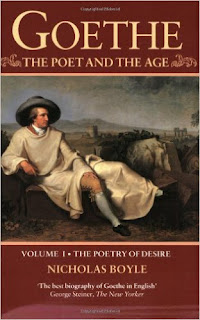 For a long time I looked for a wife; I looked,  and found only whores. In the end I picked you up, little whore, and discovered a wife.

Well, I might have loved boys too; but girls are what I prefer. If I tire of one as a girl, I can still use her as a girl.

Wanted:  a small dog that neither growls nor bites; can eat broken glass and can shit diamonds.

The Lime Twig by John Hawkes 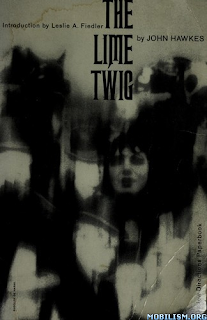 startling 1961 novel, more of an extended prose poem than a detective narrative, which is how it's framed.
at December 17, 2016 1 comment: