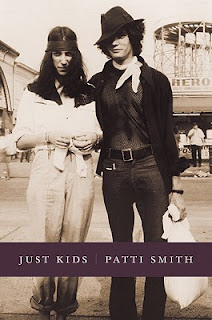 She knew (and to believe her, almost created) Mapplethorpe, Sam Shepard, Janis Joplin, and a host of other key 1960s counterculture heroes.

Yet who is she? Where are the poems? Her references to herself are jump-cut, as if she learned everything the moment someone else eventually famous affirmed it for her.

His Illegal Self by Peter Carey 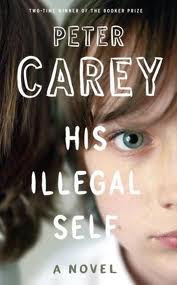 Not worth the effort. The prose is elusive, allusive, complex, but the story of an abandoned child of famous 1960s radicals, and the hippy woman who pretends she is his mother, does not fit with the prose. I threw it aside. I didn't have time to struggle with it anymore. Why does one give up one book in particular, and yet put up with the others that might be lesser literary achievements?
at April 24, 2011 1 comment: 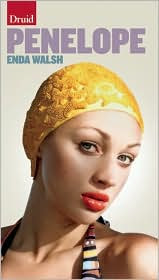 Wow, what a thing this play is! A 90 minute crucible of poetry, vaudeville, little magic and mime, Herb Alber tunes, 9000 jokes and four men in speedos wooing Odysseus' wife. No intermission. Couldn't breathe until I got home.

Just finished reading it, a whole different, lesser experience. Still extraordinary though.
at April 16, 2011 No comments:

The Keep by Jennifer Egan 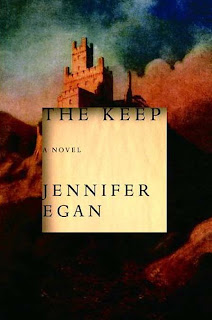 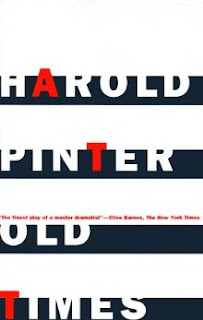 Music for Torching by A. M. Homes 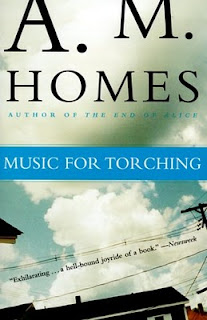 Is this what passed for shocking in late 90s suburban fiction? Lame. Sort of a swingers book, married couple grown bored with each other, husband experiments (lightly) with cross dressing, s&m, continues his numerous affairs, wife experiments with lesbianism. both drink alot and ignore their children. No biggie. Very boring.
at April 06, 2011 No comments:

Both Ways Is The Only Way I Want by Maile Meloy 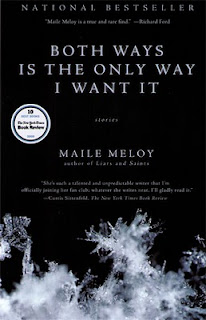 The Unnamed by Joshua Ferris 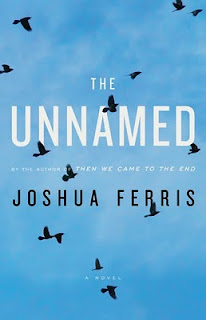 Very moved by this book. Ashamed that I never finished his Then We Came to the End, will now go back and read it.

This is the story of a partner in a Manhattan law firm who is stricken with a mysterious "wandering" syndrome, where he must pick up and walk and keep walking. Countless mental and physical health experts are confounded by it, swamis can do nothing. It is also the story of his marriage and how it persists somehow through the days, months and years of his condition.

In the second half of the book, where he is literally on the road for years, he receives messages and emails and see his daughter marry, have children, his wife see another man, go to the South of France with him on vacation. But time by this point is moving as if off screen.

The point is He walks. Also a second voice for the man crops up in the second half, the weaker "physical" self that demands food and sleep. The stronger "spirit" half controls him though, and the man walks into extreme physical duress, loses fingers and toes to frostbite, develops a host of serious physical illnesses and keeps walk.

I respected you more when you were indifferent to God. You were beset by matters of urgency in your life that took precedence over the lofty speculation of divinity students and men in pews on Sundays. You didn't have the time. You didn't make it a priority. You formed your notions on the fly, in flashes of grim insight, in brief feelings of certainty that consumed you entirely and then quickly faded into the background. When you die, you thought, you die. Why linger on that unpalatable truth? And the alternative, the alternative was a sham. You hated the institutions and the corruptions and the hypocrisies and the evils. You thought it was all a racket designed by the mighty to fleece the weak and keep them in check.... You stood outside of the wind and the rain. Your insights and arguments came to you in prosperity. Death was far off. You could afford to be leisurely. A drink was better than a thought. A meal was better than a conviction. Your family and your work was more meaningful to you than the ministrations of a hundred gods. That is, until you caved.