See Under: Love by David Grossman 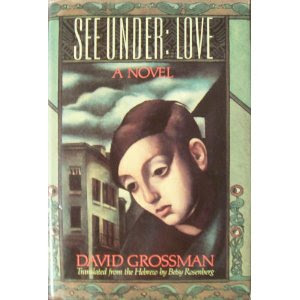 A nuanced, high-octane-language experiment in memory, imagination, language and longing, wise and cruel and intelligent and relentless. Long and grueling, too, imitative of the ordeal of the Holocaust experience itself, which at least ended temporally, and the eternal struggle for Jews and others to try to understand the unimaginable.

The first section, Momik, is from a young boy's point of view, who will later go on in life to try to write about the Holocaust. Living in a small town in Israel, with his parents, addled Holocaust survivors whose fears are endless, Momik creates a collection of animals in his basement in order to lure into the open "The Nazi Beast" which his parents and family constantly and ominously refer to, and which he thinks is a monstrous animal. At one point he leads a collection of the town most pitiful and lost souls, also Holocaust survivors, down into the cellar to use them to bait the Nazi Beast:

... Show it, show it, go on, be Jews and show it, and he crouched down with his hands on his knees as if he were coaching the players on the soccer field and inwardly shouted, Now, now, go on, be wizards and prophets and witches and let's give it one more battle, one last fight, be so Jewish it won't know what to do with itself, and even if the Beast was never here before, now it's got to come out...

The second section, Bruno, is from an adult Momik's viewpoint as he researches the writings of Bruno Schulz, a Jewish writer shot by an SS man during WWII.

The sea smiles. It slides a wave Bruno's way, an experienced croupier dealing out a lucky card to a regular customer.

Now I write with a steady pen: Bruno Schulz. Ingenious architect of a singular linguistic experience, the magic of which lies in fertility, a plethora almost rotting with verbal juices. Bruno who knows how to say everything in ten different ways, each as accurate as the compass needle. A Don Juan of language, conquering with a mad, almost immoral passion, audacious explorer of linguistic geography ... Could it be that you, Bruno, reached the limits of this world, and ran around like a madman on the beach when you couldn't find a suitable verbal vessel to sail you into the misty horizon?

The third section, Wasserman, concerns Momik's grandfather and his odd relationship with the commandant of his concentration camp, Neigel. Wasserman suffers a curious ironic condition in the camp: he cannot be killed. And when Neigel learns that Wasserman is author of a series of childhood stories, The Children of the Heart, which Neigel loved, he makes Wasserman live in his attic and begin a new series of adventures for The Children, picking up fifty years later in their lives. He calls Wasserman Scheherezade, and gives him the obverse fate: after each nightly story Wasserman tells him, Neigel will attempt to murder Wasserman again, which is all Wasserman wants, having seen his wife perish in the camp, and his daughter shot to death by Neigel right after they got off the transport train.

The fourth section, The Complete Encyclopedia of Kazik's Life, is an alphabetical concordance of Hebrew terms, in which is related the autobiography of Kazik, a mystical child engendered by the reunited Children of the Heart. Kazik is born, lives and dies within a single day, a la Max Tivoli, the Fitzgerald story, and the Curious Case of Benjamin Button.

In his essay on literature, "Books That Have Read Me," Grossman remembers reading books as a child in a poetic and archaic Hebrew that was very far from the everyday language he knew, and it was a pleasure for him, the unknown words, the gaps, "inferring one thing from another." He transfers that sensation to us in this novel, which is laced with Hebrew words (some defined in a glossary at the end of the book, but many more not). 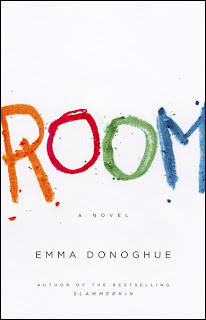 The book is in two parts: Inside and Outside. Though the voice of Jack, and the character of his Ma are consistently strong and engaging, the plot suffers once they get Out. We miss Old Nick's malevolent presence just off screen. Of course, Jack must learn the entire world, which is what makes the second half interesting. He knew of only two other people in existence. He had never been outside, seen sky, walk up a step.
at November 15, 2010 No comments:

A Visit from the Goon Squad by Jennifer Egan 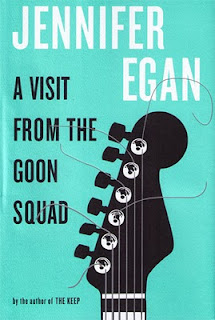 Not really about music, although ostensibly about a handful of people who first meet in 1980 during the rise of the punk (well, post-punk, really) era. First Egan novel I've read, and I'm impressed. A book about survivorship and bad choices and persistence and emotional pain, among other things. Egan effortlessly describes the lower East Side of Manhattan, Naples, the African veldt, suburban New York suburbs. It reminded me (in a way) of David Mitchell's Cloud Atlas, in that the chapters move radically in voice and time and emphasis one to the next, in the manner of wonderful, sadistic meal, where you are left longing for the last taste in your mouth, even as a new and even better taste replaces it. I suffered from chapter-nostalgia constantly.
at November 06, 2010 No comments: