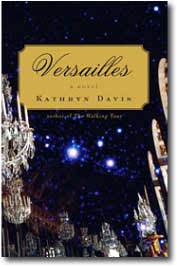 Liberty is a bitch who must be bedded on a mattress of corpses.

A wondous slender book about Marie Antoinette's career as the Queen of France and the scourge of the French Revolution.

Davis style -- of a compressed descriptive narrative in Marie Antoinette's voice, an omnisciene "brochure voice" describing the structural achievement of the palace, and the natural spectacle of the gardens, as well as little dramatic "playlets" featuring other characters from the period before and during the Revolution -- has an awesome cumulative effect, that took me by emotional surprise at the end of the novel. I cared for Marie Antoinette, cared for her one little voice piping up from the crush of a humanity in revolt.

Cock and Bull by Will Self 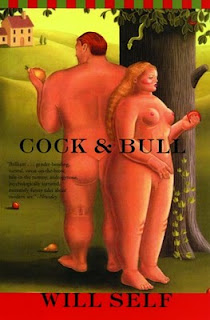 Carol had a good head for alcohol - in fact, she had a spy's head for alcohol; for as she drank, her washed blue eyes grew flatter and beadier, giving an accurate, if tarnished reflection of some pebbledashed saturnalia. That's what one felt, watching her: that as she drank, she was somehow accumulating evidence against those who got drunk.

A little devil sat on Alan's left shoulder, a little angel on his right. On the right-hand shoulder of the little devil sat a littler angel; and on the left-hand shoulder a littler devil. It was the same for the first angel, and so on, and so on. This was the reductio ad infinitum of Alan's moral sense: a great Renaissance canvas depicting diminishing tiers of cherubim and seraphim, imps, satyrs and familiars. All towering up into an impossible void.

In this world where all are mad and none are bad, we all know that the finger points backwards.
at December 07, 2010 No comments: 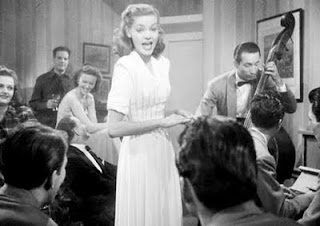 What a film! Wonderfully sharp writing (Faulkner kicked in on the screenplay), Bogart and Bacall hitting all the high notes. Interesting commentary with dvd on how the film was held a year and a half for the war to end so the studio could rush all its war pictures out before it ended. Also, some of Bacall's scenes were reshot, and extra ones with her added, on the advice of her agent, who was trying to help her recover from her bad reviews in The Confidential Agent, her previous film. And they took her veil off her, which is aesthetically pleasing!
at December 01, 2010 No comments: