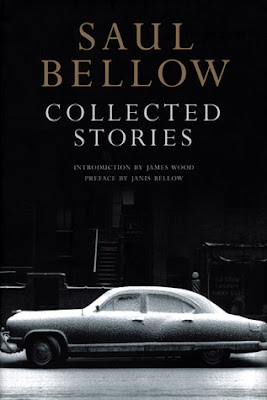 Only read "Leaving the Yellow House" so far but it was quite good. Strange to read Bellow in third person, about an elderly woman in the desert coming to the end of her means, rather than his usual first-person intellectual urban rube voice.
at March 20, 2021 No comments: 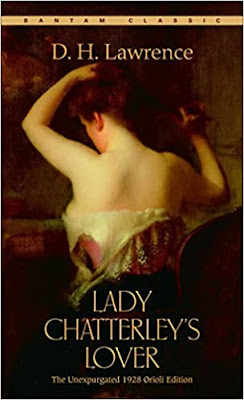 page turner compared to SONS AND LOVERS. awesome descriptions of flowers and trees. come for the smut, and stay for the trees!
[Bantam Classic, 2007]
He had taken to writing stories; curious, very personal stories about people he had known. Clever, rather spiteful, and yet,  in some mysterious way, meaningless. The observation was extraordinary and peculiar. But there was no touch, no actual contact. (p. 14)
Connie wondered a little over Clifford's blind, imperious instinct to become known; known, that is, to the vast amorphous world he himself did not know; and of which he was uneasily afraid; known as a writer, a first-class modern writer... determined to build himself a monument of reputation quickly, he used any handle rubble in the making. (p. 19)
And dimly she realised one of the great laws of the human soul: that when the emotional soul receives a wounding shock, which does not kill the body, the soul seems to recover as the body recovers. But this is only appearance. It is really only the mechanism of the resumed habit. Slowly, slowly the wound to the soul begins to make itself felt, like a bruise, which only slowly deepens its terrible ache, till it fills all the psyche. And when we think we have recovered and forgotten, it is then that the terrible after-effects have to be encountered at their worst. (p.51)
If you were young, you just set your teeth, and bit on and held on, till the money began to flow from the invisible; it was a question of power. It was a question of will; a subtle, subtle, powerful emanation of will out of yourself brought back to you the mysterious nothingness of money a word on a bit of paper. It was a sort of magic, certainly it was triumph. (p. 67)
'It's amazing,' said Connie, 'how different one feels when there's a really fresh fine day. Usually one feels the very air is half dead. People are killing the very air.'
'Do you think people are doing it?' he asked.
'I do. The steam of so much boredom, and discontent and anger out of all the people, just kills the vitality in the air. I'm sure of it.'
'Perhaps some condition of the atmosphere lowers the vitality of the people?' he said.
'No, it's man that poisons the universe,' she asserted.
'Fouls his own nest,' remarked Clifford. (p. 99)
[O]ne may hear the most private affairs of other people, but only in a spirit of respect for the struggling, battered thing which any human soul is, and in a spirit of fine, discriminative sympathy. For even satire is a form of sympathy. It is the way our sympathy flows and recoils that really determines our lives. And here lies the vast importance of the novel, properly handled. It can inform and lead into new places the flow of our sympathetic consciousness, and it can lead our sympathy away in recoil from things gone dead. Therefore the novel, properly handled, can reveal the most secret places of life: for it is in the passional secret places of life, above all, that the time of sensitive awareness needs to ebb and flow, cleansing and freshening.
But the novel, like gossip, can also excite spurious sympathies and recoils, mechanical and deadening to the psyche. The novel can glorify the most corrupt feeling, so long as they are conventionally ‘pure.’ Then the novel, like gossip, becomes at last vicious, and, like gossip, all the more vicious because it is ostensibly on the side of the angels. …
For this reason, the gossip was humiliating. And for the same reason, most novels, especially popular ones, are humiliating too. The public responds now only to an appeal to its vices. (p. 108-109)
What liars poets and everybody were! They made one think one wanted sentiment. When what one supremely wanted was this piercing, consuming, rather awful sensuality. To find a man who dared do it, without shame or sin or final misgiving! If he had been ashamed afterwards, and made one feel ashamed, how awful! What a pity most men are so doggy, a bit shameful, like Clifford! Like Michaelis even! Both sensually a bit doggy and humiliating. The supreme pleasure of the mind! And what is that to a woman? What is it, really, to the man either! He becomes merely messy and doggy, even in his mind. It needs sheer sensuality even to purify and quicken the mind. Sheer fiery sensuality, not messiness.
Ah, God, how rare a thing a man is! They are all dogs that trot and sniff and copulate. To have found a man who was not afraid and not ashamed! She looked at him now, sleeping so like a wild animal asleep, gone, gone in the remoteness of it. She nestled down, not to be away from him.
Till his rousing waked her completely. He was sitting up in bed, looking down at her. She saw her own nakedness in his eyes, immediate knowledge of her. And the fluid, male knowledge of herself seemed to flow to her from his eyes and wrap her voluptuously. Oh, how voluptuous and lovely it was to have limbs and body half-asleep, heavy and suffused with passion. {p. 273) 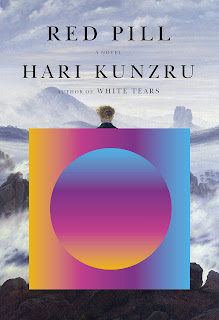 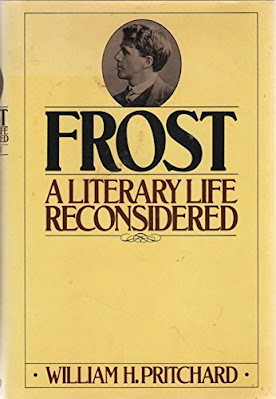 Astounding book, not quite biography, not quite literary analysis, but mixing both to sublime effect.

I liked people even when I believed I detested them.  (p. 58)
when Frost was asked if he thought poetry was an escape from life, and replied, No, it's a way of taking life by the throat. (p. 58)
Frost became a teacher not to teach something but because he was seeking kindred spirits- to comfort them to comfort me.
the satisfaction of superior speech (p. 61)
Words exist in the mouth, not in books. (p. 78)
The satiric impulse is deliberately unfair in that it refuses to treat other people as human beings with real feelings, with inner lives-- refuses to try to understand all and thus forgive all. Rather, it seizes on a single aspect of a person, or a person's work, a partial truth, and exaggerates it by developing it into a simplification, a caricature which it is comically satisfying to contemplate. (p. 115)
Frost on "Spoon River Anthology":  "The book chews tobacco I'm afraid."
on Carl Sandburg: I heard somebody say he was the kind of writer who had everything to gain and nothing to lose by being translated into another language. (117)
I found that by thinking they [Amherst] meant stocking up with radical ideas, by learning they meant stocking up with conservative ideas. (p. 123)
A teacher's talk is an outrage on fresh work that your mind still glows with. Always be far ahead with your writing. Bring only to class old and cold things that you begin to know what you think of yourself. (p. 139)
My love of country is my self-love.
I do love a country that loves itself... that insists on its own nationality which is the same thing as a person's insisting on his own personality."  (139)
Narrative is a fearfully safe place to spend your time. Having ideas that are neither pro nor con is the happy thing. Get up there high enough and the differences that make controversy become only the two legs of a body the weight of which is on one in one period, on the other in the next. Democracy monarchy; puritanism paganism; form content; conservativism radicalism; systole diastole; rustic urbane; literary colloquial; work play.
"elevated play" (182)
I'm a mere selfish artist most of the time. I have no quarrel with the material. The grief will be if I can't transmute it into poems.
I own I never really warmed/To the reformer or the reformed.
He pointed out that it was impossible 'to get outside the age you are in to judge it exactly.' (183)
There is at least so much good in the world that it admits of form and the making of form. And not only admits of it, but calls for it. We people are thrust forward out of the suggestions of form in the rolling clouds of nature. In us nature reaches its height of form and through us exceeds itself. When in doubt there is always form for us to go on with. Anyone who has achieved the least form to be sure of it, is lost to the larger excruciations. I think it must stroke faith the right way. The artist, the poet, might be expected to be the most aware of such assurance. But it is really everybody's sanity to feel it and live by it. Fortunately, too, no forms are more engrossing, gratifying, comforting, staying than those lesser ones we throw off, like vortex rings of smoke, all our individual enterprise and needing nobody's cooperation; a basket, a letter, a garden, a room, an idea, a picture, a poem. For these we haven't to get a team together before we can play. (p. 184)
[after his daughter Marjorie's death] Why all this talk in favor of peace? Peace has her victories over poor mortals no less merciless than war... We thought to move heaven and earth... heaven with prayers and earth with money. We moved nothing. (p. 195)
"if only I could tell you..." (p. 228) - Frost said all poems are substitute for that statement.
at March 03, 2021 No comments: 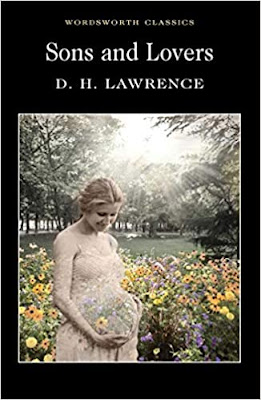