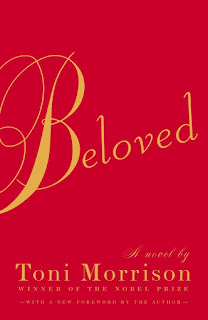 Another powerhouse book.  Morrison's razor-sharp prose, drawing poetic strength from pitch-perfect dialogue, is a moral density the likes of which I've never witnessed before.  Truly a giant of American literature in the past fifty years -- possibly THE giant. Giantess, even.
at August 26, 2019 No comments:

Song of Solomon by Toni Morrison 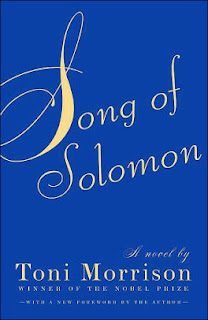 There is no bottom to this book, which I first read as a junior in high school and just re-read to mark Toni Morrison's passing. What the reader suspects (as a high school junior) to be the symbols and archetypes of the novel stay firmly grounded as people, places, things happening in a world where the miraculous and the fantastic breed with the real flesh and agony.

He became a plain on which, like the other cowboys and Indians in the movies, she and her husband fought. Each one befuddled by the values of the other. Each one convinced of his own purity and outraged by the idiocy he saw in the other.She was the Indian, of course, and lost her land, her customs, her integrity to the cowboy and became a spread-eagled footstool resigned to her fate and holding fast to tiny irrelevant defiances.

Guitar on FDR and white people: "What I’m saying is, under certain conditions they would all do it. And under the same circumstances we would not. So it doesn’t matter that some of them haven’t done it. I listen. I read. And now I know that they know it too. They know they are unnatural. Their writers and artists have been saying it for years. Telling them they are unnatural, telling them they are depraved. They call it tragedy. In the movies they call it adventure. It’s just depravity that they try to make glorious, natural. But it ain’t. The disease they have is in their blood, in the structure of their chromosomes."

People behaved much better, were more polite, more understanding when Milkman was drunk. The alcohol didn’t change him at all, but it had a tremendous impact on whomever he saw while he was under its influence. They looked better, never spoke above a whisper, and when they touched him, even to throw him out of the house party because he had peed in the kitchen sink, or when they picked his pockets as he dozed on a bench at the bus station, they were gentle, loving.

Apparently he thought he deserved only to be loved--from a distance, though--and given what he wanted. And in return he would be . . . what? Pleasant? Generous? Maybe all he was really saying was: I am not responsible for your pain; share your happiness with me but not your unhappiness. 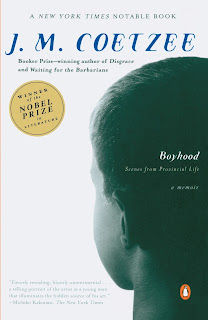 vivid and psychologically compelling.  but bone-dry and humorless.
at August 08, 2019 No comments:

Up Against It: A Screenplay for the Beatles by Joe Orton 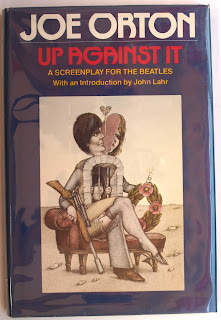 Just saw A HARD DAY'S NIGHT again so was thinking of this fateful final creation of Joe Orton's. Sort of silly really, but I still like it, as I do all things Orton.
at August 06, 2019 No comments: