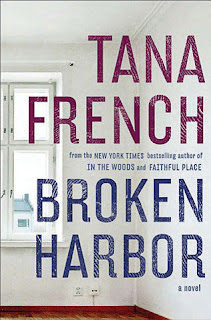 A police procedural featuring the old-guy/rookie detectice team that is really a psychological thriller: a married couple and their two children are brutally attacked, the husband stabbed to death, the kids smothered in their beds.  The couple purchased a flimsy, nice-on-outside house in part of a huge new development on the beach in Ireland, part of a larger Irish economic boom that saddled a lot of people with houses they couldn't afford in a market that collapsed and left them trapped.  Who's the bad guy?  The husband who's lost his job, and spent his last few months alive increasingly obsessed with the sound of a phantom "animal" in the attic, behind the walls, installing web-cams and tearing holes in the drywall and lurking on an internet bulletin boards asking questions about animal traps?  A childhood friend of the couple, best friend of the husband, secretly in love with the wife, who's also unemployed and has taken up residence in the unfinished house across the street, who watches them through binoculars and knows their every move?  The wife herself, struggling to keep things perfect as her life dissolves?

French's writing is strong but at times she seems in love with the sound of her own voice: characters (particularly the narrator, the old guy detective) go on and on and on, in speaking, and in the narrator's case, in an elegant, often melodramatic reporting of his thoughts and observations.  In the second half of the book, this style works against her, as the plot certainly thickens and the reader wants to get places faster. 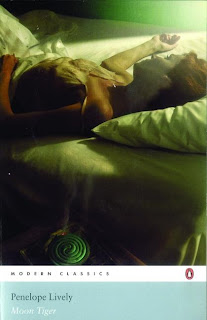 Strong.  Reminded me alot of The English Patient and The Comforters by Muriel Spark.  An old woman is dying in a London hospital, and telling herself (and us) the history of the world as focussed on her, the black hole of which was her brief, ill-fated love affair with an army officer in the British tank battles with Rommel in the Egyptian desert during World War II.
at July 20, 2013 No comments:

The Wife by Meg Wolitzer 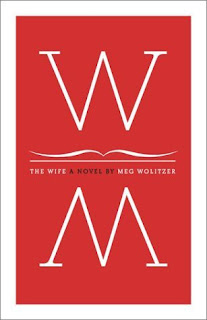 Engaging, easy narrative voice: I was in love with Wolitzer's style from the very first sentence.  This deceptive novel about the faithful, good, strong, clever wife behind the insecure, philandering writer delivers a sucker punch in the final third, a surprise I didn't completely buy.  But am seeing out the rest of Wolitzer's work for sure, particularly her new one, The Interestings.
at July 20, 2013 No comments: 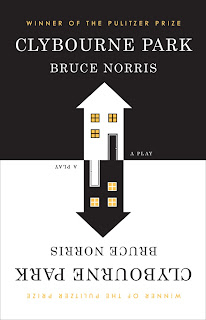 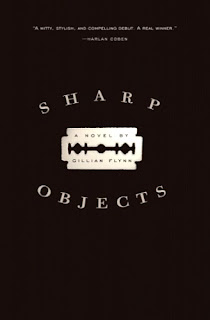 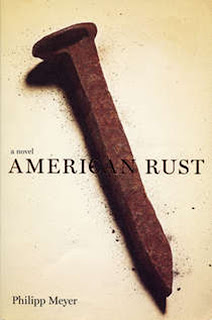 He continued heading south.  The tracks passed through a wide meadow and the night was clear and black and the stars stretched down to the horizon.  Billions of them out there, all around us, an ocean of them, you're right in the middle.  There's your God -- star particles.  Come from and go back.  Star becomes earth becomes man becomes God.  Your mother becomes river becomes ocean. Becomes rain.  You can forgive someone who is dead.  He had a sense of something draining out of him, down his head and neck and the rest of his body, like stepping out of a skin.
at July 04, 2013 1 comment:

The Inheritance of Loss by Kiran Desai 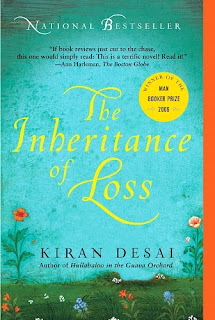