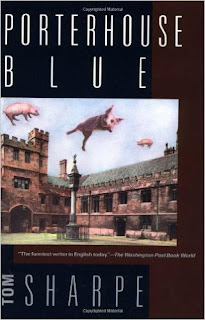 Not his best, but still gets it done.  A send-up of English academics and the Cambridge scene.  Little topsy-turvey plot action.  Excellent early scene where graduate student fills two gross of condoms with gas from his dorm room meter and tries to stuff them up the chimney.
at February 17, 2016 No comments: 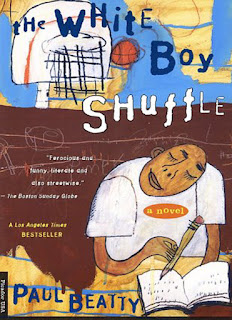 The Man Who Loved Dogs by Leonardo Padura 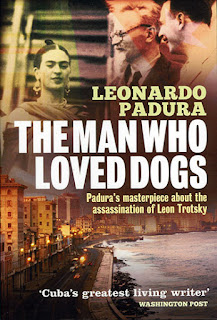 What was true was that reading and writing about how the greatest utopia men had ever had within their reach had been perverted, diving into the catacombs of a story that seemed more like divine punishment than the work of men drunk with power, eager for control, and with pretensions of historical transcendence, I had learned that true human grandeur lay in the practice of kindness without conditions, in the capacity of giving to those who had nothing, but not what we have left over but rather a part of what little we have -- giving until it hurts without practicing the deceitful philosophy of forcing others to accept our concepts of good and truth because (we believe) they're the only possible ones and because, besides, they should be grateful for what we give them, even when they didn't ask for it.

This massive, towering novel – ostensibly about the assassination of Leon Trotsky in Mexico in 1940 by a disgruntled Spanish nationalist – is really about the festering and implosion of Soviet Communism over 50 years.

Three separate storylines cover the 50 years, back and forth, across three continents – a failed Cuban writer who meets a strange ailing man on the beach in Cuba in the late 1990s, the Spanish Communist, Ramon Cortazer, who mortally wounded Trotsky with an ice hatchet, and Trotsky himself, the intellectual original Politburo member who fell out with Stalin in 1925 and was exiled from Russia.

The style – a length, discursive, need I say dialectical style – can be bruising.  Apparently the translator took pains to make it sound like the original Cuban vernacular in which it was written, so dialogue in particular sometimes features some whacked-out syntax decisions.  Long, long compound and complex sentences.

To me it was an enormously educational book (assuming it’s factual) on the evolution of Soviet Communism, Trotsky’s role in digressing from Stalin’s party-line model (which argued for a Soviet-only communist system) and tacking back to Marx’s original model which called for an international worker’s revolution. 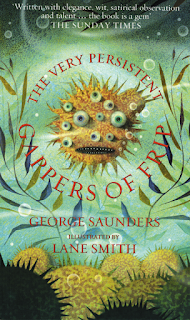 Odd little book by an author I like a lot (Saunders) and an illustrator I like too (The Stinky Cheese Man.)

Beautiful color illustrations,  text is a little baffling, in that Saunders way.  Not really enough room for him to make his usual dramatic satirical argument.  Suppose it's an allegory about climate change, or political interdependence.  Un clear.

A Free State by Tom Piazza 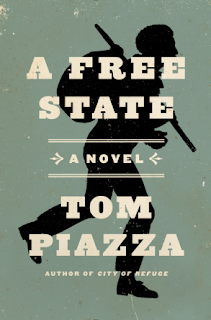 Interesting premise and framing to this runaway slave narrative.  But I quickly lost interest in the pulse-less prose.
at February 03, 2016 No comments:

The Throwback by Tom Sharpe 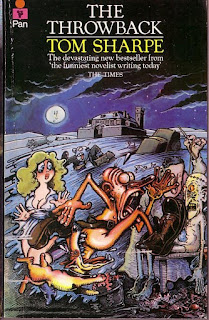 Delicious violent British farce about a man from the fells who won't give up his property.  Has to be read to be believed.  And some great mock-ballads!
at February 02, 2016 No comments: