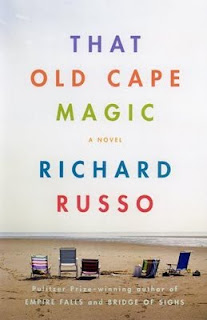 I'm a scandal, it's true, but I was disappointed by the new novel That Old Cape Magic by Richard Russo. (I also was disappointed by his last one, Bridge of Sighs.) Is is judging a living master too harshly? If all his books were written, and I was just reading through the career, perhaps I would have liked it better, cut it more slack, thought it minor, but sharp anyway. Instead, because he is in the middle (well, late middle) of an illustrious career, I keep waiting for him to return to what I consider the peak of his writing: Empire Falls and Straight Man.

It's certainly not unenjoyable -- Russo can be hilarious, and he writes internal male anguish as well as anyone around today -- but I found the plot line boring, several of the lesser characters thin, several of the devices Russo employs (for most of the novel, he's carrying around either one or both of the urns containing his dead father and mother's ashes) too pat, too handy, too -- symbolic.

He weaves his several plot lines, as is his style, over half a century, juxtaposing and springing elusive memories on you just as he usually does -- with drama, in emotionally-certain movements. 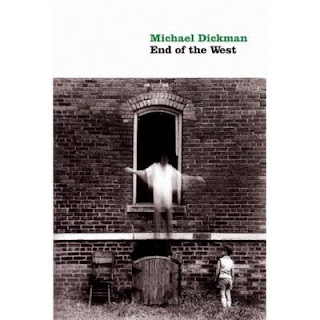 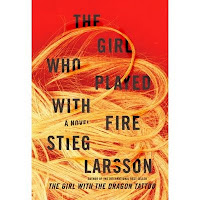 If you've been living under a rock, and haven't either read about this author and these two novels (and the third, The Girl Who Kicked The Hornet's Nest, coming out 10/1 in Britain and 10/31 in the U.S.), I'm hear to preach to you, son, so hold out your hand and close your eyes and ask the ghost of Stieg Larsson to touch you and deliver his novels unto you.

Haven't been this enthralled by novels in forever. I’m addicted, it’s like mind-meth.

Will try to write about it , trying to figure out why there is something so exceptional abour his style, the clean white room of the Swedish speaking soul , the way all the characters seem to sound like emotionless Swedish detectives, the level of bureaucratic detail Larsson so effortlessly effects.
at September 02, 2009 2 comments: