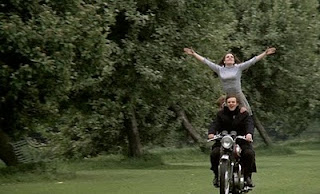 A strange 1968 film starring Malcolm McDowell as a junior at a deeply traditional English public school. A grower, for sure, starts out sleepily, moves through a three-act, dramatic construction that grows more surreal and violent. 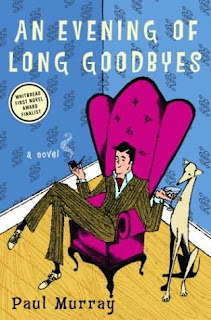 "No, no..." I hastened to set her at ease. "I've heard far worse stories. For instance, this one chap I know, Pongo McGurks, his family had a butler, name of Sanderson - had him for years, used to swear by him, best butler they'd ever hard, et cetera. Then they come back early from a weekend away to find him in Pongo's mother's wedding dress, about to have the toaster marry him to the cuckoo clock."

"Oh." She seemed not quite to know what to make of this. "And this happens often?"

"No, I suppose it's pretty rare," I conceded. "I mean, it's rare that you have a butler who's a perfect size ten." This wasn't coming out right at all.

What a long slog of a heavily-favored book by a young Irish writer whose new novel, Skippy Dies, was what I was actually looking for. But it's too new, the library didn't have it, so I got this one, and hope I didn't poison my own well-spring of enthusiasm for this guy, because THE EVENING just didn't cut it, took forever, not in the good way of the Stieg Larsson series, for instance, or the recent The Lonely Polygamist, which I still haven't gotten around to talking about. Just forever like, this is boring, it does sound just enough like P.G. Wodehouse at times then I guess I'm going to hang around and finish it but when will it GET GOOD?


Putting these two books together out of sheer impishness, a shared phrase in the titles. Two more different books could probably not exist.

Money. Those are the first five letters of his alphabet. 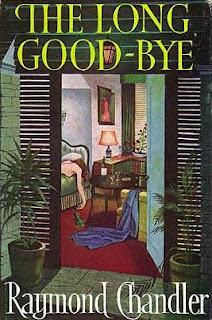 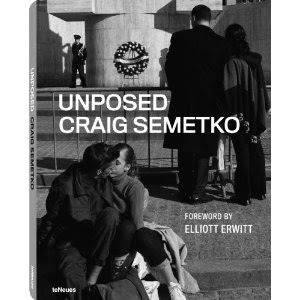 
Song of a Camera
a poem by Thom Gunn

I cut this sentence
look again
for cowardice
boredom pain