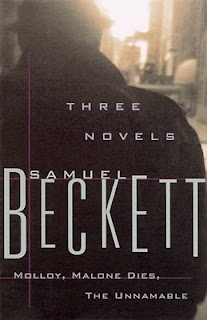 It's so nice to know where you're going, in the early stages. It almost rids you of the wish to go there.

I was out of sorts. They are deep, my sorts, a deep ditch, and I am not often out of them.

And in winter, under my greatcoat, I wrapped myself in swathes of newspaper, and did not shed them until the earth awoke, for good, in April. The Times Literary Supplement was admirably adapted to this purpose, of a neverfailing toughness and impermeability. Even farts made no impression on it. I can't help it, gas escapes from my fundament on the least pretext, it's hard not to mention it now and then, however great my distaste. One day I counted them. Three hundred and fifteen farts in nineteen hours, or an average of over sixteen farts an hour. After all it's not excessive. Four farts every fifteen minutes. It's nothing. Not even one fart every four minutes. It's unbelievable. Damn it, I hardly fart at all, I should never have mentioned it.

There I am then back in the saddle, in my numbed heart a prick of misgiving, like one dying of cancer obliged to consult his dentist.

All roads were right for me, a wrong road was an event, for me.

Precautions are like resolutions, to be taken with precaution.

For I always say either too much or too little, which is a terrible thing for a man with a passion for truth like mine.

The Bachelors by Muriel Spark 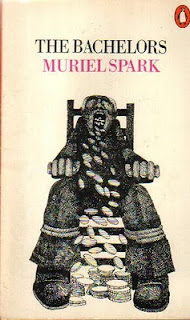 "I got a young woman into trouble at the age of eighteen," Walter said. "Daughter of one of our footmen. He was an Irish fellow. The butler caught him reading Nietzsche in the pantry. To the detriment of the silver. Of course there was no question of my marrying his daughter. The family made a settlement, and I went abroad to paint. My hair turned white at the age of nineteen."

He resolved to go to confession, less to rid himself of the past night's thoughts - since his priest made a distinction between sins of thought and these convulsive dances and dialogues of the mind - than to receive, in absolution, a friendly gesture of recognition from the maker of heaven and earth, vigilant manipulator of the falling sickness.

It is all demonology and to do with creatures of the air, and there are others beside ourselves, he thought, who lie in their beds like happy countries that have no history.

The Quickening Maze by Alan Foulds 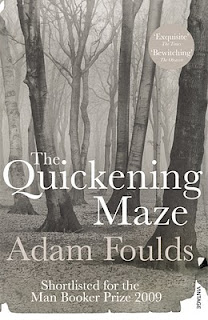 This unusual novel imagines the confluence of two great 19th century poets, John Clare and Alfred Tennyson, after Tennyson's brother Septimus is confined to the same mental asylum that Clare has been committed to. They barely meet, but their associates and friends intermingle, and the associations lend a mystical atmosphere to what is already a heady environment for poetry. Clare, an extreme alcoholic, escapes several times from the ground to take up with a colony of gypsies staying in the surrounding forest, exiled as they had been from English common land by draconian property laws, the infamous "enclosure" enforcement that reduced the circumstances of the poor working class even more.

The asylum director falls into a friendship with Tennyson and borrows money from him to fund an invention, a device for mass producing craft wood furniture, which fails utterly. The director's daughter falls in love with Tennyson.

The Fear Of Flowers

The nodding oxeye bends before the wind,
The woodbine quakes lest boys their flowers should find,
And prickly dogrose spite of its array
Can't dare the blossom-seeking hand away,
While thistles wear their heavy knobs of bloom
Proud as a warhorse wears its haughty plume,
And by the roadside danger's self defy;
On commons where pined sheep and oxen lie
In ruddy pomp and ever thronging mood
It stands and spreads like danger in a wood,
And in the village street where meanest weeds
Can't stand untouched to fill their husks with seeds,
The haughty thistle oer all danger towers,
In every place the very wasp of flowers.

The Postmistress by Sarah Blake 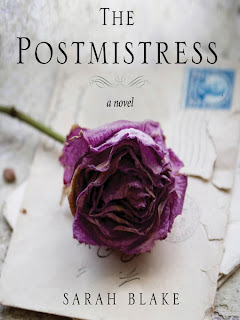 www.sarahblakebooks.com
at August 18, 2010 No comments: 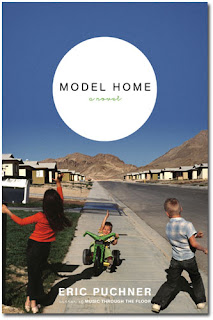 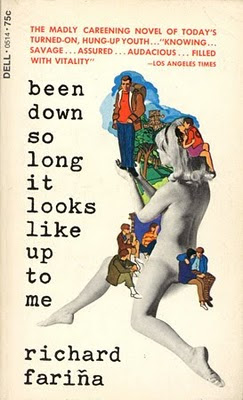 Let me tell you, man, you can't move in this country without catching your heel in a hangup. Mousetails in your root beer, grubs in your Hershey bar, always some kind of worm in the image, muching away.

A dazzling, fizzling, appalling, and tragic book. Farina, a classmate and sometimes-pal of Thomas Pynchon's (Gravity's Rainbow is dedicated to Farina) at Cornell, also enjoyed a career as a folk-rocker, married to Joan Baez's sister Mimi, and recorded several seminal folk-rock albums with her, including the stunning Celebrations for a Grey Day. (In David Hajdu's provocative cultural memoir Positively 4th Street, Farina even gets credited with creating the knowing, enigmatic, American artiste-as-provocateur persona that no less than Bob Dylan steals and makes his own.)

In 1966, he slipped out of a publication party for Been Down So Long to ride with a friend on his new motorcycle, and died off a hairpin turn in the Carmel hills.

Haven't read it in years, but remember parts so clearly. The prose is heavily written and re-written, there is a cannabis smell to it, too worked over, an emphasis on sensation and re-representation, rather than versimilitude. Too many words. Too many descriptions. Many bad trips and sensations of bad things coming. But there is marvelous stuff, too: Gnossos dancing on the ice packs covering the local river at the beginning of the spring thaw, urging Spring on, some incredible character thumbnails, his red-gummed Indian neighbors forever drunk on grenadine and gin, slipping prophecies under his door, the lists, the lists! Wish I had the nerve (or the typing skill) to recreate them here.

It received bad reviews when it appeared, but critical opinion over the years has changed as the novel's place in the canon of 60s literature has grown more assured.

The plot is ridiculous and campus-bound, but enhanced by intercut scenes of what Gnossos was doing before returning to campus, when he roamed the West and witnessed a nucelar test detonation in the desert, stoned on mescaline, marijuana (his beloved "panegyric") and drunk on boozed (his beloved "lush.").

The problem is motivation: why is Gnossos so quest- and darkness-obsessed? I hate to sound like a wrtng instrctr, but... back story?

The lists are dense and telling: American plastic culture at its best and most dizzying. I tell you, I think it's a better book than Pynchon's initial sally The Crying of Lot 49.

It's pre-hippie, pre Summer of Love. The only music is some jazz (Brubeck is dissed, Miles is adored), some Mose Allison, some soul references, some Indian raga music.

The president is Eisenhower. The year is 1958. The setting is a college campus in upstate New York positively pulled with Greek-sounded streets and buildings. The narrator, Gnossos Papadopoulis, is clearly Greek. The scene on campus is seething: the administration is cracking down on sex, and the students are rising up against curfew hours and restrictions.

There is (without doubt) an immaturity to the book, a misogyny: Gnossoes is self-conscious to the point of paralysis, Hamletian. But Farina was all of 29 when he finished it. If anything, what doomed it at the time is that it was a 1969 book published in 1966, way ahead of its time.

Farina had an Irish father and a Cuban mother, allegedly fought in Cuba with Castro. 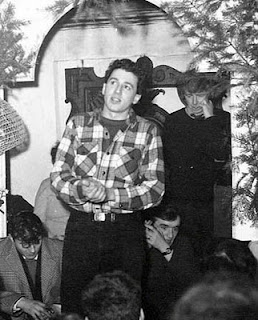