All Quiet on the Orient Express by Magnus Mills 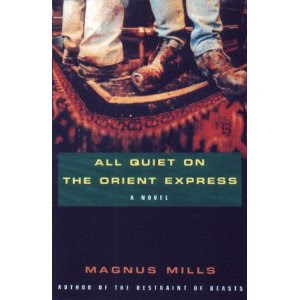 A book that seems to be a first version of The Restraint of Beasts: again, a rootless young man
stays on after summering in a caravan in rural Britain, takes on a job doing odd jobs for an eccentric man, painting rowboats, fixing machinery, running errands, delivering milk.
at March 29, 2010 No comments:

Jeff in Venice, Death in Varanasi by Geoff Dyer 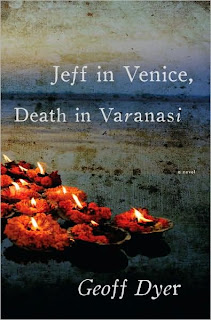 A beautiful and profound book. Two sections, two different stories -- or are they about the same person? or are they different versions of the same story. In the first, Jeff, a bitter, disillusioned freelance writer, attends the Bienale art exhibition in Venice, mostly because he's bored of London and wants the free stuff he'll get as a travelling reporter for a magazine. He meets a beautiful, mysterious, passionate American woman and has a torrid affair.

In the second, an unnamed narrator travels to Varanasi, again bitter, again disillusion, and undergoes a spiritual and metaphysical catharsis, ending as a bearded, homeless ascetic who seems to be falling into psychosis.

The only connection between the two novellas? In the first, the woman mentions to the man that she might next be travelling to Varanasi, and he says that he too also wants to go there at some point. 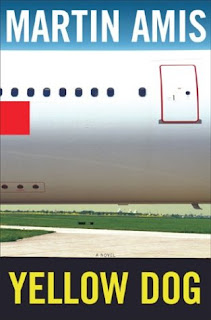 Liked it, at least until the last third or so when it became boring and lost momentum, pitching and yawing about like the jet plane about to plummet to the air, one of the main plot developments of the conclusion.

Amis does not write a careless sentence, there are no quotidian moments.

Made the mistake after finishing it of looking up some reviews, which were almost universally bad. 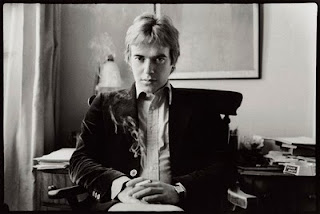 a rawther fetching picture of MA from London's National Portrait Gallery, sort of like a Mick Jagger who stayed in school.
at March 13, 2010 No comments: