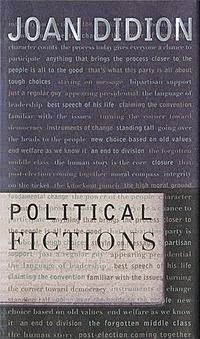 [I was] distrustful of political highs . . . convinced that the heart of darkness lay not in some error of social organization but in man's own blood.

Many speeches are scheduled long before they are to be delivered. Thus the commitment to speak precedes the knowledge of any issue to speak about, often causing staff to find or create an issue for the speech.... The routinization of crisis, endemic to the rhetorical presidency, is accompanied by attempted repetitions of charisma. In Reagan's case this style was further reinforced by an ideology and a rhetoric opposed to the Washington establishment, to bureaucrats and bureaucracies.... He serves as a better illustration than any other president of the possibility and danger that presidents might come themselves to think in the terms initially designed to persuade those not capable of fully understanding the policy itself. Having reconfigured the political landscape, the rhetorical presidency comes to reconstitute the president's political understanding.

“The last thing the Democratic Party has wanted to do is declare that there is a possibility for class struggle. The Republicans, however, are perfectly happy to declare class struggle all the time. They are always waging a one-sided class war against the constituency the Democrats nominally represent. In this sense, the Republicans are the only real political party in the United States. They stand for ideology and interest, not compromise.”