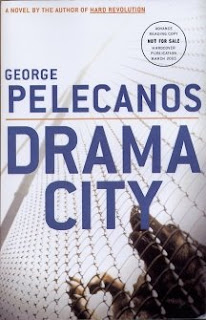 Drama City is my introduction to homegrown DC crime writer George Pelecanos, and I am mightily impressed. The crime plot is good , the characters very solid (a paroled felon trying to go straight as an animal-control officer, his very sympathetic and secretly sex-addicted female parole officer), it meshes mightily halfway through and I couldn't put it down -- but it's the Washington DC landscape Pelecanos paints that is most impressive. The Georgia Avenue-Petworth-Shaw corridor geographical and sociological detail which he provides are mesmerizing. Having just finished Richard Price's monumental Lush Life, about criminals and wannabes and yuppies and tired cops on Manhattan's lower East Side, it was easy for me to peg Pelecano's as our own Price.
at July 29, 2009 No comments:

This gorgeously-written eclectic novel takes place in the Los Feliz neighborhood near Hollywood, in Los Angeles. Equal parts philosophical/religious treatise, self-help/addiction/mental-health handbook, and deep character-based fiction along the lines of a Henry James, the Jamesland of the title actually refers to Henry's older brother William James, widely credited with the invention of modern psychology, but also a well-know philosopher and religious thinker.

The three central characters: Helen Harland, a Unitarian Universalist pastor struggling to hold onto her year-old position at a new church, where she is faced with a congregation that finds her too religious, Pete Ross, forever pondering the question "How do people live in this world?", a mentally-ill, obese, renowned chef who suffered numerous breakdowns, lost his job, wife and children and is now living with his mother (who became a nun at age 40), and Alice Black, sometimes-bartender, great-great-granddaughter of William James, caring for her eccentric, sometimes brilliant, sometimes-demented great-aunt Kate, who is writing a book on William James, but alternately delusional and believing she is living in William James' time. Alice is reeling from her affair with the husband of movie star.

The plot is a series of dinners and events planned by Helen in which she gradually brings the two misfits Alice and Pete together, at the same time finding peace herself with her annoying congregation and distant husband. Pete's exotic cuisines (from his stint as an accomplished chef), Alice's aunt's detailed obsession with the religious, philosophical and extra-sensory research of Williams James also contribute to the tapestry. 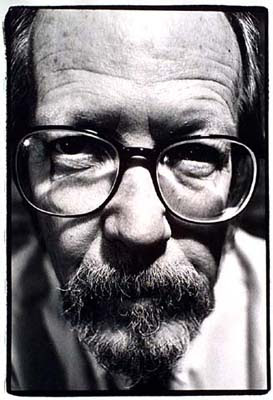 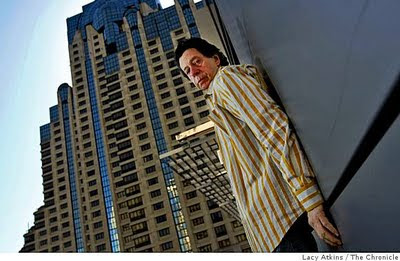 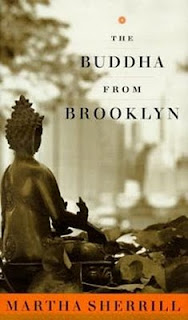 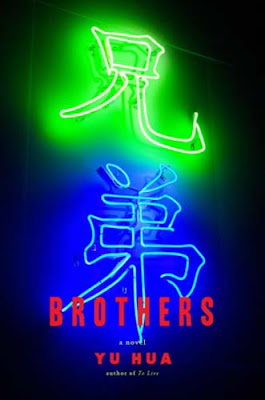 Streets of Laredo by Larry McMurty 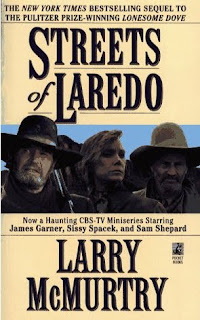 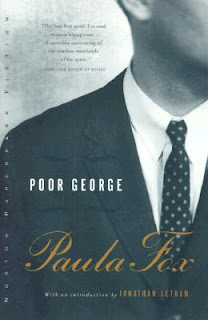 This is a slow-working novel, like a drink you've never had before and doubt its kick, and then you wake up with a broken tooth, a throbbing headache, lying next to a woman who doesn't speak English.
at July 01, 2009 No comments: