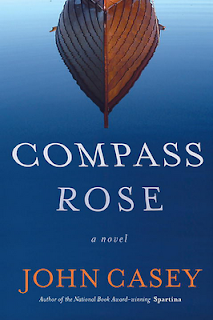 The Life You Save May Be Your Own by Paul Elie 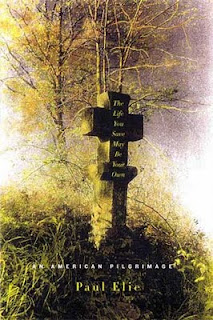 So far the Thomas Merton material is the most interesting to me.

As a child, Flannery O'Connor wrote books which she saw "as too old for children and too young for grown-ups."

In 1949, when gravediggers in Queens went on strike for higher wages, Cardinal Spellman "ordered seminarians to dig the graves in their stead and refused to negotiate, calling the workers Communists in the press."

O'Connor on Catholic readers: "You can't shut them up before a thing comes out but you can look forward to a long mortified silence afterwards."

Merton: "There is greater comfort in the substance of silence than in the answer to a question."

What, then, was the Catholic Worker? "We are a group of people living together under one roof," she [Day] declared.

Whereas poverty in the Depression had brought people together in a great convergence of need and will, poverty in postwar America divided them from one another.

WP on JFK: The reason he was a great man was that his derisiveness kept pace with his brilliance and his beauty and his love of country. He is the only public man I have ever believed. This is because no man now is believable unless he is derisive.

WP on writer's block: "I am in low estate," Percy told Foote... "But it won't go, I am hung up, alas oh hopelessly hung up, sitting in front of my paper at 9:05 AM and growing sleepier by the minute. Fresh out of malice, piss, the love of God, hatred of things as they are, or whatever it takes, which I don't have."

Merton: "He answers again with his own experience, which is that God is a being to be known, not a problem to be solved, "and we who live the contemplative life have learned by experience that one cannot know God as long as one seeks to solve 'the problem of God.' To seek to solve the problem of God is to seek to see one's own eyes." 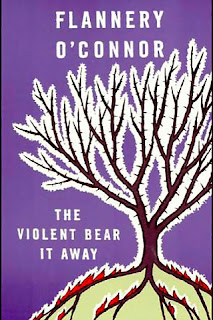 O'Connor's familiar metaphors and allegories are extended, repeated and embellished almost to the point of exhaustion. The plot is simple and not exciting. Worst of all, the characters in almost all instances lack the black comic power of her earlier creations.
at August 18, 2011 No comments:

You Are Not A Stranger Here by Adam Haslett 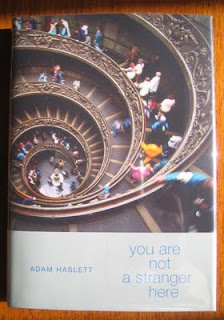 Guests of the Nation by Frank O'Connor 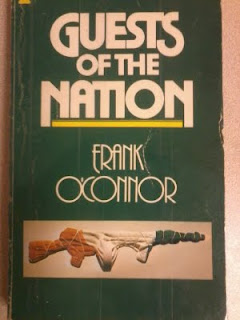 In the Skin of a Lion by Michael Ojdaatje 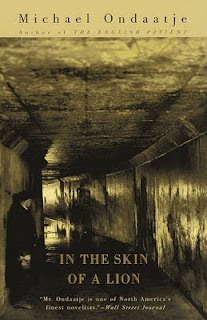 Not so much. Characters go from being speechless backwoods Canadians to heavy-breathing poetic wunderkinds in the space of a chapter.
at August 10, 2011 No comments: 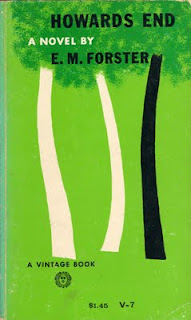 Well, it is odd and sad that our minds should be such seed-beds, and we without power to choose the seed. But man is an odd, sad creature as yet, intent on pilfering the earth, and heedless of the growths within himself. He cannot be bored about psychology. he leaves it to the specialist, which is as if she should leave his dinner to be eaten by a steam-engine. He cannot be bothered to digest his own soul.

Still a beautiful, favorite novel, but it seemed a bit doughy this time around, thick with social commentary, narrator asides and the anthropomorphisms of the endless English countryside. Still the plot in the last quarter of the book unwinds with a relentless psychological urgency, as one of the Schlegels' favorite maxims becomes real: Places are more important than people.

"Because a thing is going strong now, it need not go strong for ever," she [Margaret] said. "This craze for motion has only set in during the last hundred years. It may be followed by a civilization that won't be a movement, because it will rest on the earth. All the signs are against it now, but I can't help hoping, and very early in the morning in the garden I feel that our house is the future as well as the past." 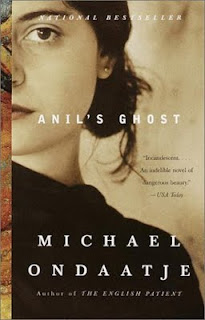 I strugged with this novel. The fractured narrative of The English Patient here seems artificial, the plot-line unlikely.

I did like the description of the Ceylonese "eye-painter" whom the forensic team enlists to help them identify their Sailor corpse. And I liked the Van Morrison shout out. But that hardly seems enough.
at August 04, 2011 No comments: