The Middlesteins by Jami Attenberg 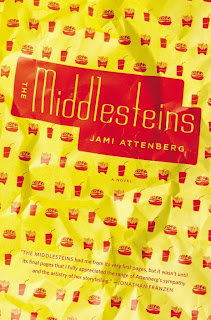 Couldn't quite finish it.  I cannot put my finger on it exactly -- hope this doesn't typify my critical mien, and I have broad taste and a huge hunger for fiction and often finish reading books I don't particularly like -- but this one also annoyed me.  Third person narrator steering us through multiple points of view got out of hand, everyone started sounding (while thinking) (and often talking) alike.
at September 15, 2013 No comments:

Every Love Story is a Ghost Story: A Life of David Foster Wallace by D.T. Max 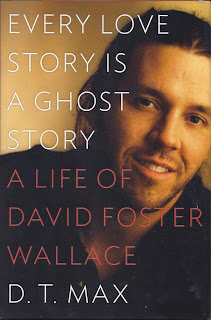 Wallace’s best work, perhaps by far, is “The Pale King,” an unfinished novel about I.R.S. employees that was assembled posthumously by Wallace’s editor, Michael Pietsch.

This was not the only sentence, and tendency, of Rivka Galchen's condescending and trivial review of this early, but accomplished, biography of the late, great, personally mourned DFW that I found extraordinarily annoying, but it was the most ridiculous sentence.

The Pale King, the ONLY work that Wallace did not finish in his lifetime, has moments of grandeur and expected brilliance, but was a deeply unsatisfying pastiche of a long novel that he labored over for years but wasn't close to finishing.

Max's plotting of the course Wallace's life -- his extraordinary literary achievements and tragic suicide in 2008 at the age of 46, is deft.  Generous helpings of correspondence (mostly from Wallace, but telling excerpts from his friend and friendly competitor Jonathan Franzen) are revelatory.

Wallace was precocious, enigmatic, furtive, generous, callous, sensitive and suffered from childhood from deepening bi-polar depression and anxiety.  He survived addiction and sobriety, but killed himself after a risky six-month experiment with trying to change his anti-depressant medication regimen.  He evolved from a striking, brilliantly logic-and grammar-obsessed  literary technician to a profoundly moving moralist.

He began The Broom of the System, his first novel, while still an undergraduate, as part of a creative writing thesis, and published it in 1987 when he was 25. Flawed, sprawling, but still enjoyable, it was described by Wallace himself as as a dialogue between Wittgenstein and Derrida.  Heady and heavy.  I could barely write a one page draft at that age.

Infinite Jest was his masterpiece.  Smarter than Pynchon, more moving that Delillo (to name only two of his many heroes) it corralled television, addiction, family dysfunction, Quebecois separatism in an enormous 1100 page world of irony satellited by short-story-length footnotes that seemed to encompass another novel (or two) by their own dang selves.

His non-fiction was also superlative (there is a world of readers who swear by not possessing the fortitude for his fiction -- they won't touch the stuff -- but delight in "A Supposedly Fun Thing I'll Never Do Again," an extended essay on the cruise ship experience, a political (for awhile) piece about John McCain's aborted Presidential campaign, "McCain's Promise: Aboard the Straight Talk Express with John McCain and a Whole Bunch of Actual Reporters, Thinking About Hope."

He could do the dextral pain the same way: Abiding. No one single instant of it was unendurable. Here was a second right here: he endured it. What was undealable-with was the thought of all the instants all lined up and stretching ahead, glittering. And the projected future fear… It’s too much to think about. To Abide there. But none of it’s as of now real… He could just hunker down in the space between each heartbeat and make each heartbeat a wall and live in there. Not let his head look over. What’s unendurable is what his own head could make of it all. What his head could report to him, looking over and ahead and reporting. But he could choose not to listen… He hadn’t quite gotten this before now, how it wasn’t just the matter of riding out cravings for a Substance: everything unendurable was in the head, was the head not Abiding in the Present but hopping the wall and doing a recon and then returning with unendurable news you then somehow believed. (Infinite Jest)

Ham on Rye by Charles Bukowski 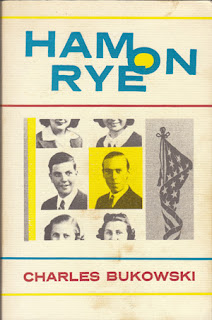 Never been a fan.  Read WOMEN many years ago, enjoyed for the gratuitous sex and booze, seen a couple of poems over the year.  Always thought he was sort of monotonic, a scenester, beat literature for the lazy, writing for those not serious about writing.

This is some book, though.  Apparently a late novel, it is the early years of Bukowski's autobiographical alter ego Henry Chinaski.  Poor to a poor family, beaten by his father several times a week for five years as a child, Chinaski never gets a break.  Ugly (afflicted with serious skin problems, boils and acne), poor, unloved and unlovable, Henry survives on his stubborness alone, eventually developing a supremely cynical toughness.  He is dangerously uncaring about his fate in the world.

Prose is workmanlike but relentless. Couldn't really put it down.  Now lining up the collected poems to read, and the other novels.
at September 08, 2013 No comments:

All That Is by James Salter 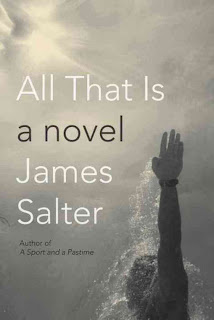 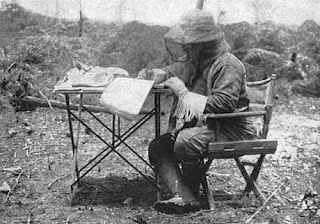 "I do not like to think of where I should be now had it not been for your father, [Edward Arlington] Robinson later wrote to Kermit [Theodore's son]. "He fished me out of hell by the hair of the head." 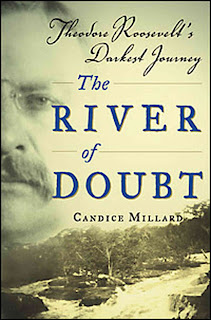