The Ghost Writer by Philip Roth 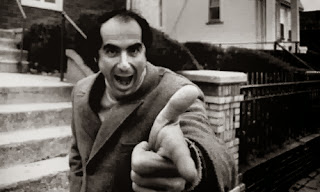 An interesting New Yorker piece by Claudia Roth Pierpont ("Book of Laughter: Philip Roth and his friends" in Life and Letters, October 7) compelled to pick up The Ghost Writer for the first time.

The summer of 1998:  "Terrorism-- which had replaced communism as the prevailing threat to the country's security-- was succeeded by cocking-sucking." (Roth, The Human Stain) 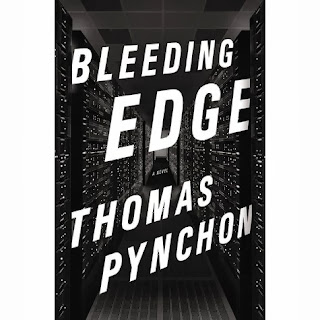 Gave up after a hundred pages,  As this is the fourth novel in a row I have been unable to finish, one can suspect it is moi and the condition of contemporary fiction.

But I love (or always say I love) Pynch.  Well, I love V and Gravity's Rainbow and the short stories in Slow Learner.  Reading alot of DF Wallace lately, who idolized Pynchon, made me curious about this new title.

But no dice.  An exhausting swirl on interesting description, heavily-worked-over-like-in-the-Catskills comedic dialogue, new characters appearing and disappearing before the old ones have been set in stone, pop cultural references stacked like deli sandwiches from hell, lots of exposition in dialogue and in the mouthy third-person-narrator's insights:  it wore me out.
at October 14, 2013 No comments: 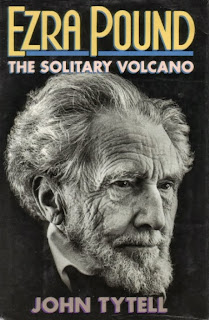 In prose as in algebra concrete things are embodied in signs or counters, which are moved about according to rules, without being visualized at all in the process... Poetry, in one aspect  at any rate, may be considered as an effort to avoid this characteristic of prose.  It is not a counter language, but a concrete visual one.  It is a compromise for a language of intuition which would hand over sensations bodily.  It always endeavors to arrest you, and to make you see a physical thing, to prevent you from gliding through an abstract process. (EP, in the magazine The New Age )

Great literary history/biography of the infamous Modernist Pound.
Tytell makes a convincing case for excusing Pound's vicious anti-Semitism and more general hatred of America and anyone who didn't support him (and many who did).

Take Ford Madox Ford, for example, who had this pungency to say about Pound.

Ezra would approach with the step of a dancer, making passes with a cane at an imaginary opponent. He would wear trousers made of green billiard cloth, a pink coat, a blue shirt, a tie hand-painted by a Japanese friend, an immense sombrero, a flaming beard cut to a point and a single large blue earring.

The twitching of three abdominal muscles cannot be a lasting Nirvana.

The gagged reviewers and slut-bellied obstructionists.  (Pound on his critics)


Pound was arrested for treason in Italy at the close of WWII for his virulent anti-American radio broadcast which were encouraged by the Italian fascist regime.  His political view were savage and unrepentant (the real trouble with the war, he famously wrote to Harriet Monroe in the early days of WWI, was "that it gives no one the chance to kill the right people.")

A spectator of Surrealism (Pound thought the Dadaists were a case of blague, a French term which he explained as a "satire upon stupidity, an attack.  It is the weapon of intelligence fighting against an alignment of odds."), Pound created short-lived Vorticist art movement.

"A profound correspondence existed between Cubist painting and the spirit of the war that had erupted in 1914:  in fact, camouflage, introduced during the war to disguise troops from airplanes, had been inspired by Cubist painting." Tytell, p. 189.  Fact to be checked and brooded upon!

Dante was "propelled by a deep, an almost venomous hatred for what he did not stand for in his civilization." (FM Ford)

not the whirl of madness of the senses, but a glow arising from the exact nature of the perception.

Tytell's defense of Pound's greatness: he writes as if increasingly convinced of it, and a legion of Pound friends, devotees and prodigies echo it -- that Pound was somehow beyond the charges of treason and prejudice, that he had shown from an early age a talent for madness and a mad talent, that it mattered more how much of an effect he had on literature as an artist than the effect he had as a citizen.  It's a sad book, and not just at the end:  we see Pound as driven by his demons from early on in his public life, powerless, cagey, unrepentant and brilliant to the very end.

"America seems clenched and somehow nervous and muscle bound," Robert Lowell wrote to Pound in 1952.
at October 08, 2013 No comments: 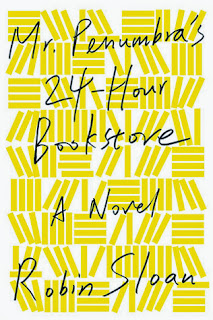 Couldn't quite finish it, Part Two.  Liked the descriptions of the Google campus/universe, but whole thing got a little too Harry Potter meets the Da Vinci code for me.
at October 08, 2013 No comments: