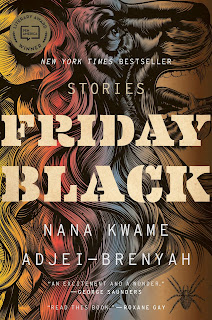 Cool.  The story "The Era" could be by George Saunders himself. "lark Street" even more so, and alarmingly like a story I've started about a sensate fetus attaching itself to a family, albeit a fetus from outer space.
at September 30, 2019 No comments:

The Porpoise by Mark Haddon 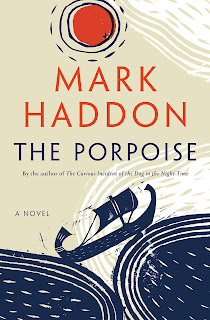 Pretty great, if thickly laid on in spots, THE PORPOISE re-imagines the different historical versions of the Antiochus/Pericles myth, centering on a family broken apart by a mother's dead, a father's violent abuse of their daughter, and the daughter attempts to flee her fate.  Throw in an adventurous young man who attempts to save her, and you've got plots and settings for days.

Haddon is ambitious and writes beautifully, so that many times I didn't know where I was, or which version of the myth I was in, and it mostly didn't matter.

The Shakespeare chapter, though stunningly rendered, seems a bit out of place, relating as it does the story of Shakespeare and his dissolute Pericles co-author, the pimp and playwright George Wilkins, reuniting after their deaths for a boat trip to nowhere. 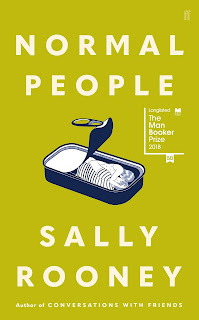 Really admired this book, a slow cooker about a boy and girl who become friends in high school and stay friends until the end of university, with the relationship deepening, fading, re-appearing, and evolving often along the way. Rooney's two main characters think and speak in an emotionally complex manner the whole way.  At first, I doubted the probability that teenagers could even come across that way, mentally or verbally, but she convinces me by the end of the book.
at September 15, 2019 No comments: 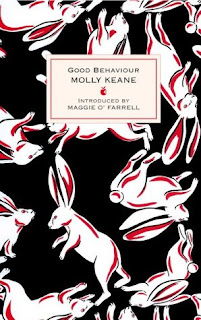 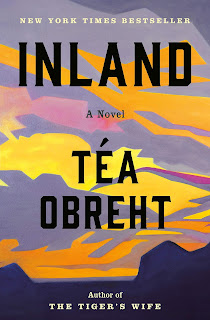 Great book.  Arizona territory in 1893.  A conflicted women awaits the return of her travelling husband and two of her teen aged songs, while watching over her senile mother in law, her younger son and an addled/visionary working girl.

Sort of Cormac McCarthy crossed with some Lonesome Dove-era Larry McMurtry.
at September 10, 2019 No comments:

The Perfect Wife by JP Delaney 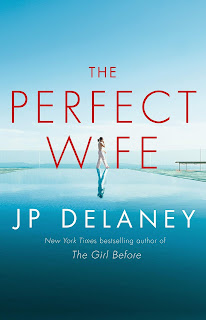 Sort of Gone Girl meets Machines Like Me, but less well-written than either. Intriguing plot though.
at September 03, 2019 No comments: