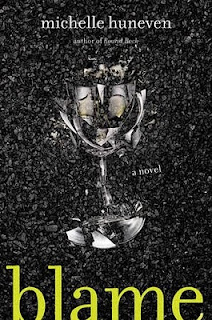 So... no review yet, Seana? OK i get it -- this brilliant book speaks for itself, it's the story i most wish i'd written by the writer i most wish i were. first experience of it was a vinyl LP (yes i'm old) recorded book from the library -- first 2 chapters, read by kvjr. himself. (the other 2formative lps were spoken chapters of walden and george carlin's am/fm.) read the book soon thereafter and over & over since, and thanks to it i am perpetually (like billy pilgrim) unstuck in time, and convinced (like the tralfamordians) that life's just a bowl of cherries, i.e. a collection of vividly tasted moments, occurring simultaneously & ever accessible in the 'here and now.') point is... thank you, kvjr, and thanks sean for bringing him to mind.

I quote (without permission, thus far) a comment by my old and deep friend Steve Hayes, a mentor, nay, magister!, whom I am lucky enough to have held on to all these years, a comment spurning me to complete this hapless posting of a cover image of my beloved Schlacthaus Funf, which Steve and I probably read for the first time within a year or two of each of at Gonzaga High School. Yes, a terribly special book, a memorable book which I too have re-read over the years without any real need, since whole paragraphs seem to spring to memory whenever I wish, untrue about almost every other novel I have read in my life, a life which will be most notable for Number Of Novels Consumed, if nothing else.

First and foremost, the prose style is beautifully simple and profound, one reason it was such a controversial smash when it was published (1969), as it finds avid fallow soil in the adolescent mind. The simple declarative (but no less allusive) sentences are still rigidly effective after so many years. After a fervent teen following in the 1970s, it has been widely banned and contested as suitable reading material for high school students, ever since, the way they bury a book in Amurica.

The number of Germans burned to a crisp in the fire-bombing of Dresden may very well be closer to 25,000 than to the 132,000 that Vonnegut claims, and this may be of import to the burnt-bean-counters of miliary logistics, but Vonnegut's moral and aesthetic claim that this ruined the subsequent imaginary life of his poor hero Billy Pilgrim is without challenge, vide PTSD ruining the lives of hundreds of war veterans in the past 20 years who witnessed far less numerical slaughter in Iraq and Afghanistan.

Second and foremore, it is an anti-war novel about a war -- WWII -- still roundly acclaimed as "the last good war." And a good 'un it undoubtedly is in the prism of history, the systematic defeat of a global menace. But Vonnegut sticks to his man's eyes -- Billy Pilgrim's -- a fragile set of eyes to begin with, that crumple in the very first instance of hands-on warfare. And Vonnegut is more concerned with the larger lens of the years that follow Billy Pilgrim's brief, utterly naive service in the very last months of the Second World War, as Billy returns to America and collapses slowly and inutterably over the 25 years that follow.

For me, at least now when the assurance of science fiction printed literature has abided a great deal (who cares now that you can buy the game and BE THE SHIT, right?), the science fiction sections of the novel are not as moving as they once were, but they certainly provide a counterpoint, and it's important to remember the vital emergence of science fiction in American literature in the 1950s and 1960s (Slaughterhouse Five lost out to no less than Ursula LeGuin's The Left Hand of Darkness (another shatteringly good "sci fi" title) in 1970 for both the Hugo and the Nebula Award, no small shit for us pointy-headed sci fi fans at the time).

It seems to do that rare thing in penetrating a harsh shared space between realistic fiction and "speculative fiction," where the jump to speculative is a result of something real, is a psychological adjustment, and makes more sense than just the pure fantasy realm.

There, Steve: it's what I got, at the moment. But I hear you, and adore it much the same as you did, and do.

Also snuck in the surprisingly good 1973 film of same right after I read this -- Ame liked it too -- it had this gooey early 1970s film technique to it that was jes right.

The Lonely Polygamist by Brady Udall 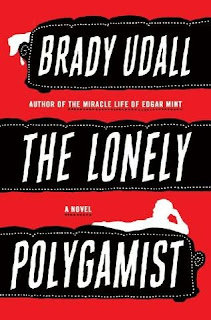