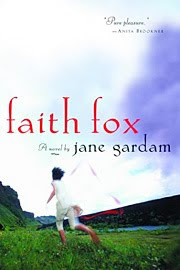 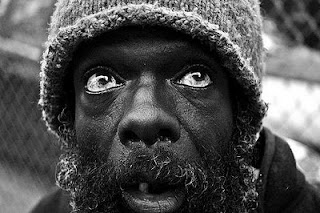 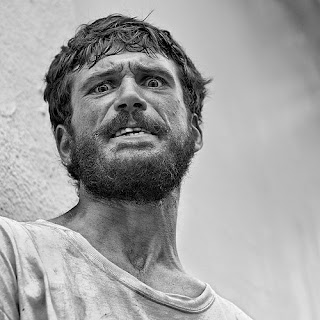 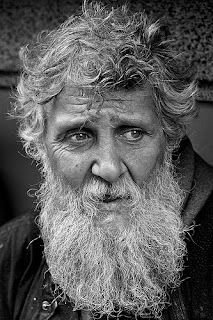 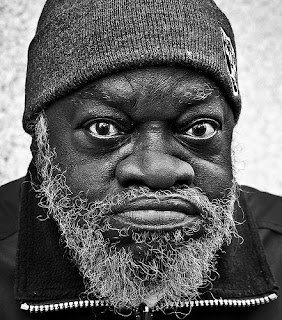 Email ThisBlogThis!Share to TwitterShare to FacebookShare to Pinterest
Labels: photography

The Restraint of Beasts 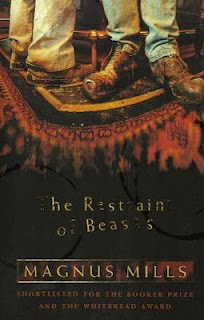 This is a very funny, very dark and very powerful book. Kafka isn't the exact forbear, but he's up there in the tree someplace. For me the more immediate touchstone is Flann O'Brien's The Third Policeman, one of my very favorite novels. It concerns a fencing business in Scotland. The narrator has just been named foreman of a three-man team, by his efficient and stern boss, who is interested only in the improvement of the art of putting up cattle fences. The foreman tried to control his team of sullen, silent, lazy and disturbed workers, but to no avail. The plot revolves around (spoiler) the manslaughters they commit each of the three times they are sent on a job to either construct or create a farmer's cattle fence. It's hard to describe, obviously. And doesn's parse well into quotable moments, as the whole narrative
at January 31, 2010 No comments:

The Rivalry at Ford's Theatre 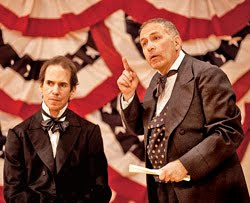 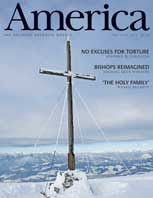 Michael Sean Winter's named Governor Martin O'Malley of Maryland as 2009's Catholic Executive of the Year (now that's a weird-looking trophy, one would guess), and blogged about it in AMERICA magazine here.

I added a comment in defense at the bottom of a chain of pro-lifer's complaints about Governor O'Malley's perceived "inaction" on abortion.
at January 19, 2010 No comments: 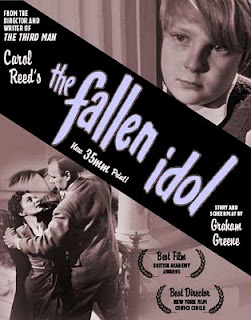 Ralph Richardson is heartbreaking as the butler, earnest, witty, caring, and love-lost. The boy, played by Bobby Henrey, is wondrous. The tightly-plotted mystery can't help but bring to mind Hitchcock.
at January 19, 2010 No comments:

The Final Solution by Michael Chabon 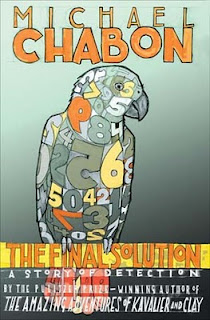 The Given Day by Dennis Lehane 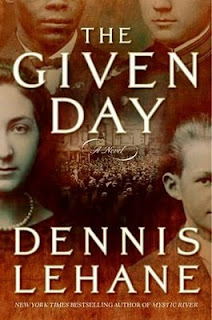 "As he often did when he left a place and his body was leaden with booze, he felt fat and orphaned."

"Two engineers walked behind him, talking about a busted flange, how it was going to take two hours, maybe three, to fix, and Ruth though, Two hours in this shithole? and then he heard it again -- a dry distant crack, and he knew that on the other side of those trees someone was playing baseball."
at January 19, 2010 No comments:

The Gathering by Anne Enright 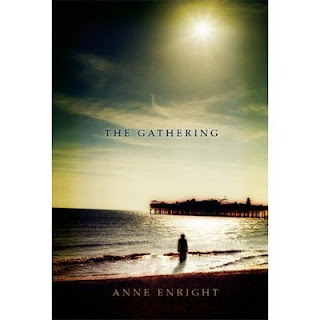 It took me three different false starts, but I finally read The Gathering by Anne Enright (no relation, goddamnit) and found it, finally, very powerful, very moving.

That said, the first person narrator is one of the most singularly unpleasant voices I've ever head. Negative is her only tune.
at January 19, 2010 No comments:

This Side of Brightness by Colum McCann 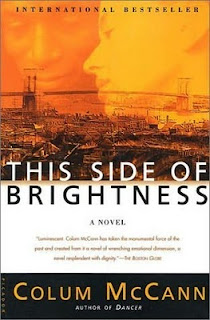 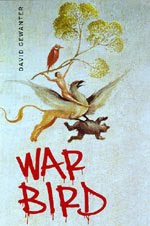 As a wounded Afghanistan veteran has it in an email home in David Gewanter’s poem, “American Incognito,” “As a state…/Afghanistan is next to Mars.” Where does the imagination live, and what are its politics? In “Hamlet of Merano: The Lotus Eaters,” Gewanter plays with the roles of tour guide and literary historian, knotting together a poem from strands of history and literature, but makes something new of the aggrandizing narcotic of the place itself. The reader can live in a verbal space greater than physical perception or emotional recognition, in the fires sparked by juxtaposition. A town in the Alps between Italy and Germany, Merano is not only a geographic border, but also a cultural and historical one. Gewanter’s poem is an extraordinary guide to a Merano not in any record, one that hides in imagination’s untouchable shadow, ideal and replete. Pound wrote part of The Cantos in Merano; Kafka went there as a cure for tuberculosis (“even Kafka, scowling like Bogart/came to Merano once, for the waters…”, a wondrous quoting of the film Casablanca, which captures the film’s droll irony, as Rick says to Captain Renault, “I came to Casablanca for the waters,” and Renault replies, “The waters? What waters? We're in the desert,” to which Rick replies, “I was misinformed.”)

In the poem’s present tense, undergrad tourists (“… the ox-eyed/girls of Appalachia College (study abroad)/stretch for the castle’s champagne grapes, /or play hacky sack in short-shorts…/O to be a grape underfoot–”) are subordinated to the history of the place. Gewanter summons the Lotus Easters of Homer, Herodotus, and Tennyson, and the mystical plant that Homer’s sailors eat, that kills their desire to return to the ship, and keeps them locked in their dreams: “The eye sees what it remembers,/the imagination dreams its rut/is fresh, not tragical-comical-historical…/Who, pocketing the chilly grapes, would not/name himself king here,/and forget who is king?

We’re used to reading political philosophy, history, and cultural objects as themselves first--that is, as definite “non-fiction” texts that revel in linearity and objectivity. Journalism lassoes a topic at best with a fine sprinkling of detail. Gewanter uses politics, history, and culture, but not objectively: he proclaims his poems; character or setting lead, and develop in tone from the set of a character’s mouth, the suggestive atmosphere or shape of a landscape. His diction and associations trip you up and force you back to chaotic juxtapositions built within, or by, sentences; his syntax creates a history of his imagination, which we read as an imagining of our history.

In “1972: The Battery,” the weather, adolescent political feelings and sexual maturation (“the battery hums along the leg”), conspire with the first hints of adult ennui in the American summer of the Cambodian incursion. Two high school boys, the “Billboard Bandits,” are electrocuted during one of their pranks, and their school becomes a battleground. When the bombing in Cambodia begins, the radical students want to leave the flag at half-mast, their private grief for the Billboard Bandits mutating into a public outcry over the political decision. At end, the hippies and the football players face off in an American political contest in miniature, over keeping the flag down in shame, or up high in pride.

“American Incognito,” a startling longer poem, unites wounded Iraq war veterans at Walter Reed hospital, the discovery of the spine of a prehistoric beast found in Washington, DC in 1898, and a primer on breeding hawks. It’s an anguished political howling. A wounded vet who once burned poppies in Afghanistan now finds comfort and forgetfulness only in his morphine treatment (“gorked on pain relief cocktails”). And in the momentous year 2001 when the poem is set, the future that did happen wasn’t “monkeys talking” as in 2001: A Space Odyssey. Rather, history stepped ahead all over our dreams for it, ridiculously (in the honoring of a Capitolosaurus dinosaur which never really was), politically (in the confused, negating tenure of George W. Bush), and tragically (in a chilling 9-11 reference to the moment “when Mohammed Atta decides he cannot date a waitress”). Soldiers patrol in a dust storm in Iraq, a scene crosscut with George W. Bush’s DUI and Laura Bush’s “vehicular manslaughter” conviction in high school (“the car found guilty”).

Gewanter shows great range to superb effect: from “Baudelaire’s Day Book (September, 1993: The Cauliflower)”--an imagistic prose-poem of a death-bed vigil--to “War Bird: A Journal,” a mad riffing on the 2003 poets’ anti-war rally at the White House, in response to Laura Bush’s politically-minded cancellation of a poetry “salon”. There there’s “Desaparecidos: The Unspeakable,” a playful poem about modern critical poetical thinking that is also a moving elegy for the silence real grief imposes, when language fails us.

The poems are funny, vicious and swirling, many politically motivated, their ironic language lobbying for connections between strata of meanings. How do politics and history and culture sound in the subjective, as something spoken by the poet who cares about the texture of language, the privileged placement of sound and sense, above a layer of “meaning?” Gewanter’s history feels personal, a history he creates consciously in the present, as a preparation for the future. We want some of our poems, at least, to be beyond knowing, larger than plot-driven, not necessarily lessons in how to feel or what to see, but voices we catch and chase, like a drowsy consciousness drifting toward sleep, suddenly sharply awake, enlightened or puzzled by possibility.
at January 10, 2010 No comments: