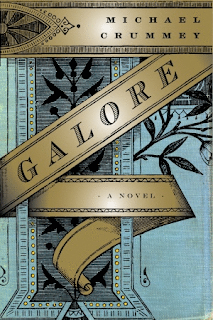 The chart of the family tree at the beginning of the book gets as heavily-referenced as the one in Marquez's masterpiece. There is Judah on the Devine side, who is hacked out of a beached whale by Devine's Widow, whom King-Me Sellers believes to be a witch. The novel ends with Judah's great-grandson Abel returning to the inside of a whale.