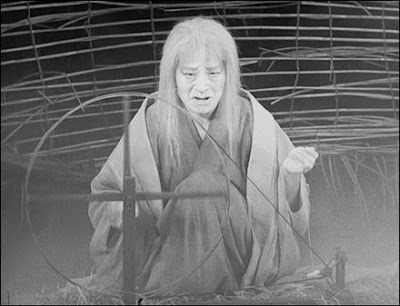 Finally, Noh contains an aural richness almost totally absent from western tragedy - the complex rhythms of stamping and percussion which accompany the spoken word. In the film, the rhythmic patterns of horses' hooves on soil, and Washizu's bare feet on the boards of the banquet hall, are meant to reinforce the mood as they creep into our emotions by subliminal insistence.

Anonymous said...
This comment has been removed by a blog administrator.
5:37 PM