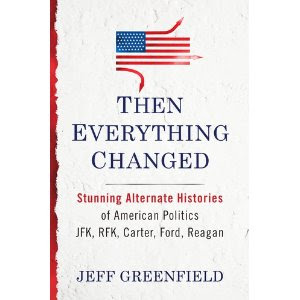 BONUS INTERESTING THING: My father, Charles "Chuck" Enright is used as a character twice in the White House Situation Room scenes in the JFK section!