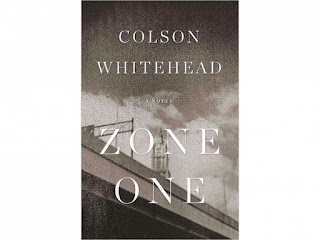 A vision of an apocalyptic plague-infested New York City, as narrated by Whitehead's extremely intelligent narrative voice, as peopled by "Mark Spitz," a mediocre man try to live in a world with no future. Employed as a civilian "sweeper" to rid lower Manhattan of plague-infected humans-turned-cannibal, Spit mediates on his own very average pre-plague existence and longs for a return to its normalcy. Or does he? He also seems to hate his past, a little: as a young man, he was waiting for the future to be better. Spooky, mesmerizing, stunning book. First one of his books I've finished.
at November 16, 2011